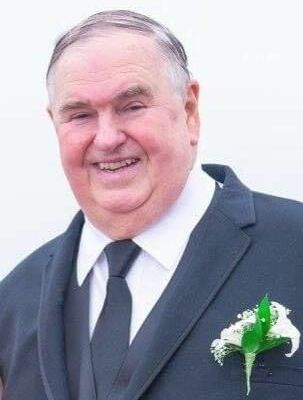 I am so sorry to hear of your loss. Don will remain in all of our hearts and minds. He will be deeply missed.
Please wait
Share Comment
b
bob posted a condolence
To the Welsch family We were very saddened to hear of Don's passing; our prayers and condolences go out to you . Don was a friend of this family and Vita and he were wonderful neighbors. Please call on us at any time for anything. Our sincere condolences to all , Vita , Christina, Deanna , Jason and the whole extended family Laura , Bob , Julia , and Caroline Nelson
Please wait
Share Comment
S
Steve and Hatsuyo Kay posted a condolence
We are very sorry for your loss. We will always remember Don's smile when we think of him and we'll keep you in our prayers. Steven and Hatsuyo
Please wait
Share Comment
G
Glendora Simonson posted a condolence
I had the pleasure of working with Don Welsch at N. 13th Street Center of Essex County Vocational Schools. In addition to the selfless dedication to his students, Don also had a pretty wicked sense of humor. He has been deeply missed since retirement. I was so sorry to hear of his passing. Please accept my heartfelt condolences. Glendora Simonson, LDT-C Child Study Team
Please wait
Share Comment
B
Bette Deangelis posted a condolence
First, let me express my sympathy and condolences to the entire Welsch family. I knew Don both professionally and personally for 25 years. Don was one of the most hard-working people I have known. Always kind and patient, Don touched many lives as a speech therapist, ESL teacher, and tutor. He was so happy when he saw progress in his students. He touched many lives. Personally, I found Don to be a real “old school” gentleman. He was always pleasant and upbeat even when I knew he didn’t feel well. Often, Don would stop by my office for a few minutes. We would talk about work, current events and most of all, family. Don’s greatest pleasure was spending time with his wife, kids, and grandchildren. He reveled in his summer vacations with them and was so proud that his daughters were teachers and his son was an expert in martial arts. Toward the end of his career, I would occasionally ask him why he didn’t retire. He would just smile and say he wanted to keep going as long as he could. And so, that was exactly what he did. Don fought the good fight and finished the race. God Bless You, Don. Rest well.
Please wait
Share Comment
C
Christina Lopez Posted Aug 29, 2021 at 7:22 PM
Thank you ❤️
Report
C
Christina Lopez lit a candle

Dad I am so sorry how you suffered but am so thankful I got to spend my summer with you. I hope heaven is everything you expected it to be. Remember time in heaven will be a blink of an eye for you, it is us here on Earth who will be waiting to see you again. You will always be with us. I hope you are enjoying a 24 hour buffet that has all your favorites and that you never get kicked out of! Thank you for being the best dad. I love you! Chrissy Welsch Lopez
Please wait
Share Comment
W
The family of Donald Ambrose Welsch uploaded a photo