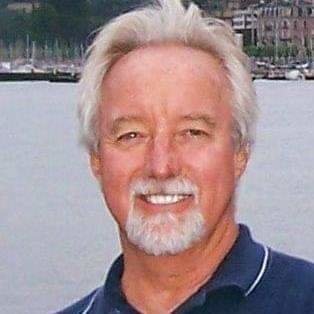 David was born in Jersey City, NJ and was the youngest of four children born to parents David F. and Ida Davis Ward. David graduated from Hoboken High School, attended St. Peter’s College, and was offered a full scholarship to West Point.  A veteran of the US Army, David served as an Army MP officer, door gunner for the 1st Cavalry Division, and personal Honor Guard for General Westmoreland, Chief of Staff of the United States Army.

David founded Delta Recovery Systems in 1993 and worked globally in his profession.  Throughout his career David participated in many business organizations and was twice President of the International Association of Commercial Collectors, often speaking at international conferences. Other organizations he was involved in include Sunrise Rotary of Denville, The Business Owners Institute, The American Collectors Association, The Commercial Collection Agencies of America and the Commercial Law League to name a few.  David’s success in business led to serving on numerous committees often rising to leadership positions.

His passions were many and varied throughout his life. David had a habit of following through with a hobby until he mastered it, then moved on to something new.  He earned medals in ski racing, rose to Master Scuba Diver, enjoyed target shooting and took up gunsmithing, appreciated classic cars and owned several of his own. He loved riding his motorcycle, playing golf, playing the guitar and most recently the banjo. David was very involved in scouting with both of his children and was Scout Master. He served on the Denville Fire’s water rescue team as a rescue diver, was an EMT as well as an EMT instructor. He was spontaneous, adventurous, loved travel, and enjoyed his time spent on Hilton Head Island. David was especially proud of his Mensa membership.

David loved to regale his friends with his crazy stories of growing up in Hoboken in the 1950’s and 60’s.

David is survived by his beloved wife Jeanine, his son David (Erica) Ward of Rockaway, NJ and his daughter Amanda (Will) Skinner of Randolph, NJ as well as his precious and beloved grandchildren Liam, Fen and Otis “pocket-size”.  They were his world.  He is also survived by sisters Pat (Jerry) Guiliano, Esther (Sal) Menzo and many nieces and nephews. He will especially be missed by his closest friend of over 60 years Paul (Tish) Mohr.

He is predeceased by his parents and his sister Terri Palmieri and he cherished the love given to him by Anna Serpico, “The Nin”.

All services will be private. He will be laid to rest at Arlington National Cemetery in Arlington, VA. Memorial Donations are being accepted in David's memory to the Wounded Warrior Project by way of www.inmemof.org to ensure receipt of your donation. Please leave a condolence, light a candle, and share your favorite memory of David here to continue to celebrate the incredible life he endowed to us.