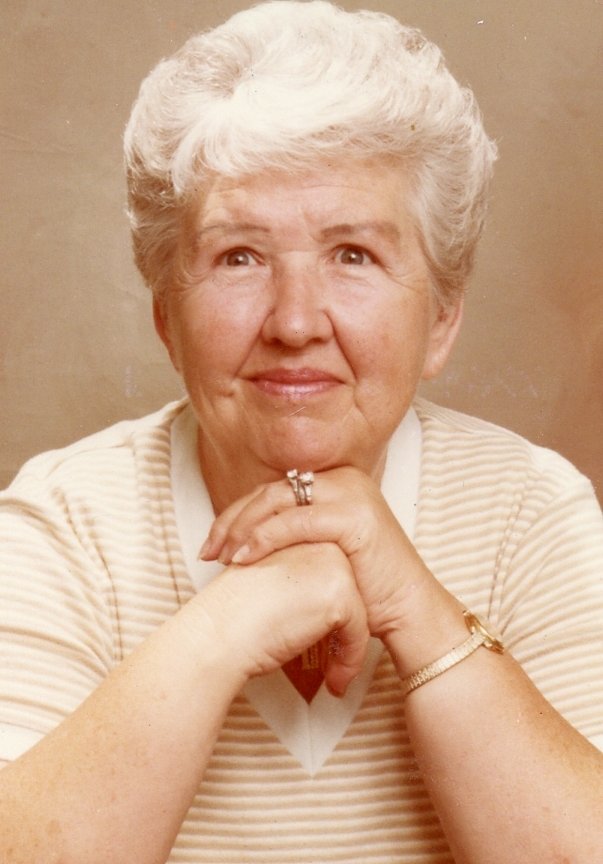 I loved you so…

‘twas Heaven here with you

Esther Donovan passed peacefully on Tuesday, April 20, 2021.  She shared 100 years of love and faith with her family.  Friends and relatives may visit on Friday, April 23rd from 4-7pm at the Norman Dean Home For Services, 16 Righter Avenue, Denville.  A Mass of Christian Burial will be celebrated on Saturday, April 24th at 10 am at St. Cecilia’s Church, Rockaway.  Interment will be private at St. Bridget’s Cemetery, NY. In lieu of flowers, donations in her memory may be made to St. Jude Children’s Hospital by way of www.inmemof.org.

Esther Sophia Manchester was born April 16, 1921 in Acushnet, Massachusetts to the late Philip and Bertha Manchester. She moved to New York with her parents in 1929 and lived in the Bronx until moving to Long Island.  Esther graduated from the New York Public School System and became a Registered Nurse after graduating from the Cochran School of Nursing in

Yonkers, New York in 1939. She worked at St. Johns Riverside Hospital in Yonkers where she met her husband William H. Donovan, Jr.; marrying on October 18, 1942.

The couple lived-in Yonkers until she retired from Phelps Dodge as an Industrial Nurse in 1971.  Then they moved upstate to Copake, New York where her home became the favorite place for family to come together and enjoy one another.  In 1984 she moved to Florida part-time and spent her summers in New Jersey, where she permanently resided since 2013. She settled into Fox Hills where she made new friendships and enjoyed all this community offered.  She was a longtime parishioner of St. Cecelia’s Parish, the Venice Cochran School of Nursing Alumni, Senior Friends, and the San Pedros Ladies Guild.  She enjoyed playing bingo, cards and dominoes, crossword puzzles and word search; but most of all she enjoyed spending time with her beloved family.

Share Your Memory of
Esther
Upload Your Memory View All Memories
Be the first to upload a memory!