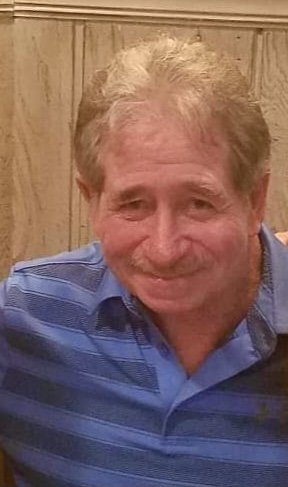 Please share a memory of William to include in a keepsake book for family and friends.
View Tribute Book

William Paul Galgano passed peacefully at home on Saturday, April 3,2021. He shared 77 years of love and music with his family.  Private arrangements were held under the direction of the Norman Dean Home For Services, Denville.  A Memorial with Military Honors will be planned when it is safe for all of Bill’s nearest and dearest to travel together.  Donations in Bill's name may be made to the good work of the American Legion.

Please share your memories here.  His family will cherish them.

Bill was born on June 30, 1943 just a few moments before his identical triplet brother Bob and just another few moments before his brother Jim. It was truly a blessed & magical day!  He was one of five children to bless the Galgano family.  After his schooling he served our country in the US Army. While overseas he met Renate Quentel in Germany and they married on a beautiful day. They started their family and upon Bill’s honorable discharge they settled in Wyckoff, New Jersey.

Bill along with his brother were the owners of Emerson x-ray solutions in Lodi New Jersey. They took their vision and built a successful company.  Bill worked hard to give his family a beautiful life.

When he wasn’t at work he could often be found playing the piano or listening to music. He faithfully rooted for his NYGiants & NY Mets…through thick and thin, good and bad. In his younger years he played softball and throughout his life enjoyed a good or a bad round of golf. He loved being on the course.

Above everything, his family was tops. He was the proudest Dad to his three children and over the moon for his seven grandchildren.  He bragged of them often to friends and neighbors.

Although we are saddened by his passing we are grateful for having had him bless our lives.

He leaves joyful memories to his former spouse and dear friend Renate; his children Patricia Juliano and her husband James, Tanya Stevenson and her husband Glen and Brian Galgano and his wife Stacey; his grandchildren Alexander and Maximillian Juliano, Jake, Lily and Sara Stevenson and Will and Stella Galgano; his brother James; his dear sisters Marcia Hughes and Patricia Ann Galgano; and many more dear relatives and friends. His brother Robert passed previously.