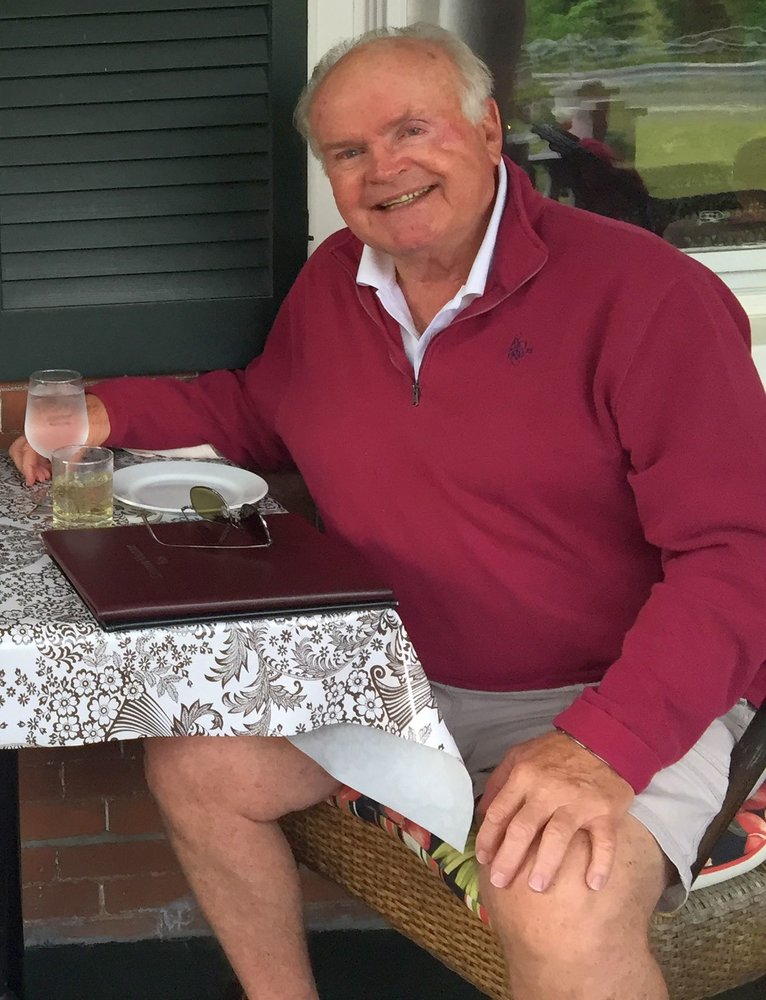 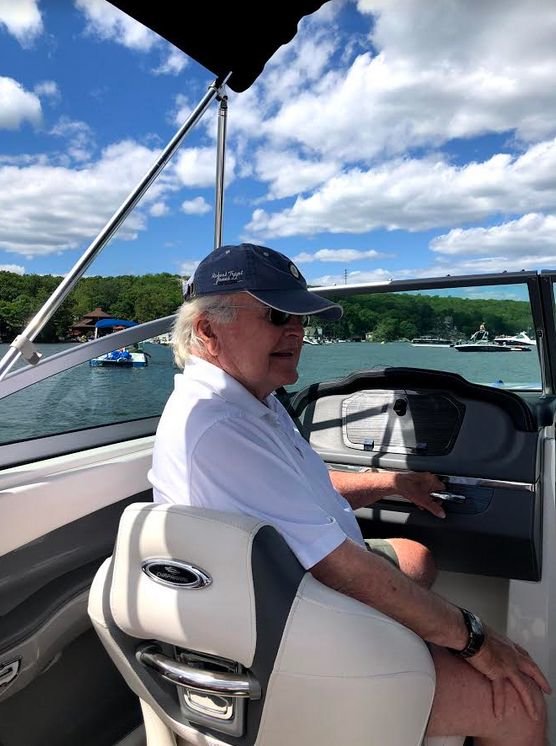 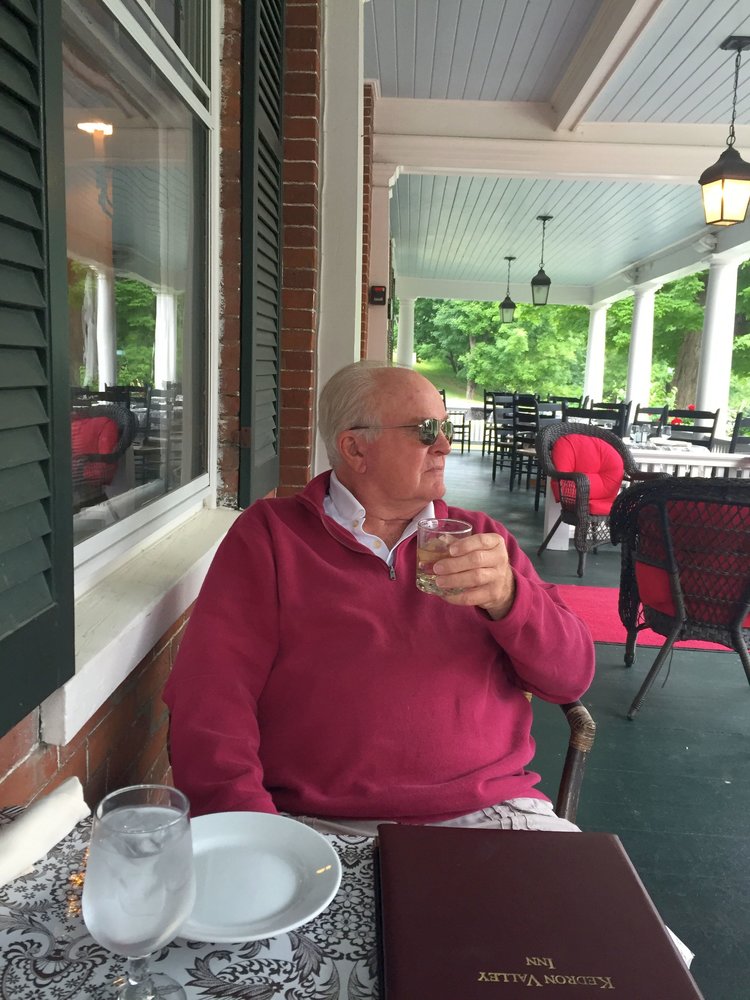 Print
Loading...
L
Lynn Captain Todino posted a condolence
I'm so sorry to see about Bill's passing. I remember him well from grade school in Denville. He was always full of fun. Lynn Captain Todino
Please wait
Share Comment
M
Mike Rodelli posted a condolence
I knew WJB as just Billy when I worked for Denville Liquors from the time I was 18 in 1974 until the early 1980s. I remember him for his green Continental with his LWB 2 license plates. His dad of course was LWB one lol. I remember Billy as a sharp dressing guy with one of the quickest minds and senses of humor I've ever met. For me I quickly learned that it was either keep up or fall hopelessly behind and somehow I think I managed to learn to keep up. I can still remember some of his bad jokes to this day. He really kept me on my toes and sharpened my mind and for that I'll be forever grateful. I've gone on to become a published author of a book in which I believe I have solved one of the most complex serial killer cases in US history. I also studied behavioral profiling for 14 years. And I would be very quick to attribute a good portion of my success to the way he honed my mind in many different ways when I worked with him at the store all those years ago. Met a lot of interesting people working at the store. Ray Leonard, "Tiny" (who was probably 250 lbs.), Tony/Barrett plus all the interesting customers. True confession: I was and stilll am a non drinker. Talk about a fish out of water. I hated when people asked me how sonething tasted! RIP to my friend, the social, golf-playing, party-loving bon vivant I knew from my youth. Mike Rodelli Atlantic City, NJ
Please wait
Share Comment
A
Artie Baggot posted a condolence
A Great Guy!! I'll miss him and his and his terrific sense of humor and smile. My sincere condolences to Barbara and his family. God Bless Bill and all of the Bullwinkle's.
Please wait
Share Comment
B
Barbara Heath posted a condolence
My sincere condolences to Barbara and family. So sorry to hear of Bill's passing. I'll always have fond memories of his humor, our association in Craigmeur Ski Club and trips to Vermont. He was a gentleman with a great sense of humor and always had a smile for everyone. RIP "Beary"
Please wait
Share Comment
T
Theresa Petras posted a condolence
So very sorry to hear about Bill's passing. He was one of the classiest, nicest people I knew. Always had a smile and a kind word. He will be missed.
Please wait
Share Comment
F
Fitch uploaded photo(s)

Life long friends, Billy and his sense of humor will be remembered fondly!
Please wait
Share Comment
K
Karen Miller Posted Apr 12, 2021 at 4:32 PM
We all have very great memories of Billy and this picture and his smile is just a snippet. He will be missed but lived life to the fullest. So glad he found you Barbara - RIP Bill.
Report
B
Barbara Dinger posted a condolence
So sorry to hear the news. We shared many good times skiing in Vermont with Craigmeur Ski Club and shared so many laughs...it was always a party with Bullwinkle. Thoughts and prayers are with you at this difficult time. Barbara Dinger
Please wait
Share Comment
R
Richard Fitch posted a condolence
So sorry to hear of Bill's Passing . Some of us knew him as "winkle" . I grew up in Denville from 1949-1965 and although Billie went to different schools, we always seemed to end up on the same Little League Team, the Fireman. You could always count on Billie to have some dry humorous remark that would keep everyone laughing. We became even closer when we skied together all those years with the Craigmeur Ski Club, from Vermont, Outwest, and Europe, we always had a ball when Bill was around, especially the dinner crowd after skiing all day. .Summers were always fun whether a Ski Club Picnic or outings in Vermont. My wife was a beautician in Morristown who had Bill's Mother as a client, who would always ask "What had her son been up too" since she say him more than his mother did in those days. We all can only hope that Bill's humor and wit rubbed off on us a little. I'm sure his name will always come up when we tell the old stories. Thanks for the memories Winkle. Rest in Peace my friend.
Please wait
Share Comment
G
George Buck posted a condolence
Very sad to hear of "Billy's" passing. My condolences and prayers for the family. He was always so pleasant to be around I can only imagine the empty feelings right now. Back in the 50s and 60s he was Billy. We both loved Ice Hockey and unfortunately for my Morris Hills team Billy went to another team in the league which I believe was the Morristown School. Bill was one of the best defensemen in the North Jersey Scholastic Hockey League and at one point probably was listed on the all-state team. Bill loved to come up to Lake Arrowhead where we had a portable ice hockey rink and play in our pond hockey games. We would meet in other venues in Denville too, every lake had a cleared off hockey rink on their pond. Whenever I got back to Denville I would stop into the liquor store to say hi. We would chat about our days as hockey players and other things about Denville. I have many memories of those times and Billy is in many of them. George Buck New Fairfield, Ct.
Please wait
Share Comment
C
Cliff Back posted a condolence
To Barbara and family, my sincere regrets on the passing of Bill. He was quick of wit and had a great attitude towards life and people, he was loved and respected by all of us. I have Bill, you and your family in my thoughts and prayers. Sincere Regards, Cliff Back
Please wait
Share Comment
M
Mariann Horan posted a condolence
I am so sorry to hear of Bill's passing. I remember him from the days I worked in Denville. He always had a smile and a kind word. My deepest sympathy. Mariann Horan Douglassville, PA
Please wait
Share Comment
J
Judy and Jim Brennan lit a candle

I have so many childhood memories of Bill. He lived on Snyder Avenue and I lived a block away on Orchard Street. Early memories include pictures that I still have of us dressing up like cowboys, Bill in a sailors outfit, sitting on our bikes, playing in a 5 by 7 foot swimming pool, snowstorms in front of his house, neighborhood birthday parties, his dog Sandy. I still have memories of going to his grandfather's summer cabin at Cooks Pond shooting a 22 rifle at tin cans down in the gully behind his grandpa's cabin, trying to sail an iceboat in front of the Home for the Blind. Because Bill lived on the Rockaway River, we were able to ice skate, swim and fish. We also enjoyed playing touch football and stick ball. Bill's parents invited me to come along on one of their Lavalette NJ vacations. Powells Market was owned by the Bullwinkels. They sold grocery products, fresh meats, and they also had a retail liquor licence. When Powells Market closed, his family opened Denville Liquors. My family owned Brennan Shoes. His store on Broadway and our store on Main Street. He was an inspiration to me to buy a liquor store in Stanhope NJ after our shoe store closed. Bill was an Usher in my wedding in 1966. I moved out of town and Bill stayed in Denville and had the liquor store for years before selling. Fond memories are made for others to ponder and bring smiles to our faces. My childhood memories of Bill will forever be remembered. Know that my wife, Judy and I are thinking of the Bullwinkel family and wish them comfort and peace in the coming days.
Please wait
Share Comment
M
Marie Skelly posted a condolence
We will keep the family in our thoughts and prayers. All we can say is it was a pleasure to know Bill. He bought brightness into your day whenever you met him. I was an honor to call him a friend. Mike and Marie
Please wait
Share Comment
D
Don Smith posted a condolence
So sorry to hear of the passing of Bill. My condolences to his family. H was a good friend
Please wait
Share Comment
P
Pat Valva posted a condolence
So sad to hear of the passing of Bill. I will always remember how he treated me as a customer in the store, always ready for a chat and helpful when I knew nothing about wines and what to buy. Denville has lost a wonderful person. My sincere sympathy and prayers to the family. Pat Valva.
Please wait
Share Comment
G
Gail Smith lit a candle 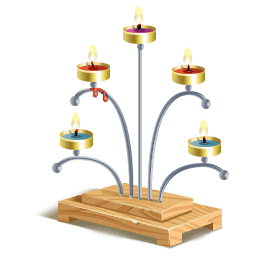 Cousin Billy always had a twinkle in his eye and positively one of the best smiles ever! He was warm, kind, and kind-hearted and everyone loved to spend time with him. He had a wonderful way of making people feel welcome, at peace and happy. I know how much my mom and Aunt and larger family adore him and it is fun to hear them share personal stories about growing up in NJ together. I remember my grandparents parties in Fanwood and Billy, his parents and all of our cousins there and enjoying time together. It wasn't long before those gatherings included singing, dancing and lots of live music (piano, banjos. etc.). Those memories are embedded in my mind, and incredibly happy moments of my childhood. Billy's beautiful soul and treasured memories will carry on in all of the people he touched. I can still feel his warmth and kindness as I light this candle and type these words. Love you cousin Billy. Thank you for your love and for touching all of our lives as you did and for the beautiful gift of you. Kim, Kate and Grace
Please wait
Share Comment
K
Kimberly Kleine and Kate and Grace Needles lit a candle

Please wait
I
The family of William J. Bullwinkel, Jr. uploaded a photo