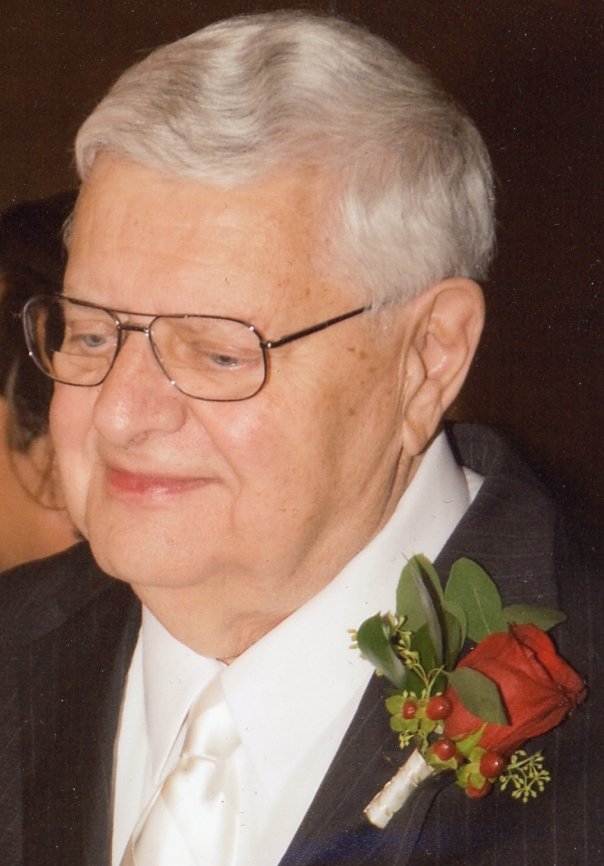 Richard F. Tritschler of Morris Plains, passed peacefully on March 10, 2021.  He shared 86 years of love and kindness with his family and friends.  He was a devoted husband, father and grandfather.  A Memorial is being planned at his church, Church of the Saviour when it is safe to gather.  Donations in his memory may be made to the Church of the Saviour, Morris Avenue, Denville, NJ 07834.

Richard was born on November 27, 1934, to Frank and Hanna Tritschler.  He grew up in Union NJ.  After HS, he attended John Hopkins University and Upsala College earning his BS in Chemistry.  His late wife Judith Crowley died in 1998.  He is survived by his son Richard Karl, (Pam) and their children Malena, Thomas and Katherine (Christopher Baskwell) and his two great grandsons Elliot and Zachary Baskwell.  They all reside in Beaufort SC.  Also, he is survived by his daughter Lara (Paul) and grandsons, Alec and Matthew of Virginia.  He retired as a Director from Hoffman La Roche after a distinguished 44-year career.  He is also survived by his beloved sister Evelyne Holcombe and numerous other nieces, nephews and cousins.

He is a veteran of the US Army and served in the Army Chemical Corp stationed in Colorado Springs.

Richard raised his children in Pompton Plains and was very active in the community.  He attended the First Reformed Church of Pompton Plains.  He served for three terms on the School Board. He also served on the Board of Adjustment and the Planning Board. In addition, he was a member of the Pequannock Township First Aid and Rescue Squad for many years.  One of his favorite hobbies was collecting unique glassware from the United States and Europe.  He enjoyed coaching youth athletic baseball teams for many years.

He and his family enjoyed spending time together at their lake house on Walter Lake, Shohola, PA.  There he served on the Board of Directors chairing the board for some of those years.

In 2004, Richard was blessed to meet Linda Lombardo.  Both widowers, they found that they had much in common and enjoyed their time together.  They married on October 1, 2011, and started a life together.  They were fortunate to travel the world and share in so many wonderful experiences and adventures. They cruised repeatedly as well as experiencing land tours.  They visited every continent including  Antarctica and the Polar Cap and enjoyed many river cruises throughout Eastern Europe and Central Europe.  They both had a love of Broadway, live theatre, music, and collecting antiques. Richard particularly liked Elvis Presley and all of his music.

In addition, he is also survived by his step children Nancy Lombardo and grandchildren Jack and Gwyneth Buckley, of Mt. Lakes, NJ, and Charles Lombardo (Lilly) of Destin FL.  He was happy to have an additional family and they were devoted to him as well.  Many happy times were spent vacationing together in Destin, FL.

His family and friends are left with many fond, joyful and loving memories of their lives with Richard.