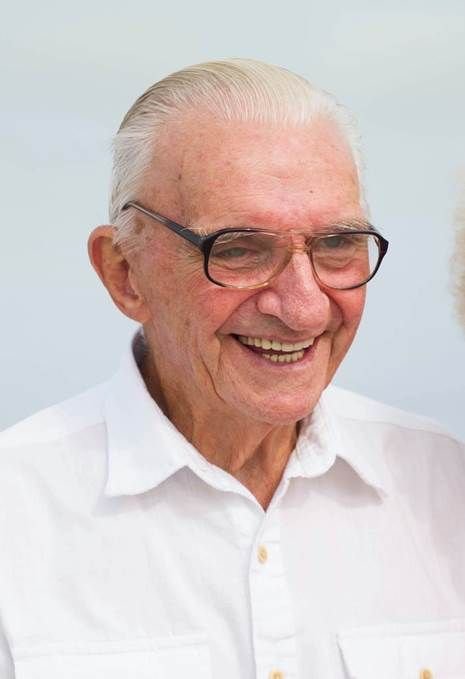 George Edward Stefanic, of Rockaway, New Jersey, passed away peacefully in his sleep on February 23, 2021.

Giving the world an added reason to celebrate, George was born on St. Patrick’s Day, 1929. He was raised in Rockaway, and the friendships he made there lasted a lifetime.

In 1951, George was drafted into the United States Army and he went to serve in The Korean War. George served his country with honor, pride, and valour, though his experiences in combat left him wishing there were no more wars in this world because of the suffering they bring. He was awarded a Purple Heart as a result of the injuries he sustained during his deployment.

Upon returning home, George married his sweetheart Ann (née Ostensen) in 1953, and they settled in Rockaway to raise their two children, Linda and Steven. George continued his work with the army by becoming a tool maker and then an inspector at Picatinny Arsenal.

George was a hard worker, a man of integrity. He took seriously his responsibilities to support his family and to complete any job as a job well done. George was also a man who appreciated the simple pleasures and natural beauty in life. He loved traveling the country with his family in his motor home. He loved walking the Boardwalk at Atlantic City, stopping into the casinos to play the slots and to eat delicious mussels. He rooted for the Giants, through good times and bad. He followed the Stock Market, through good times and bad. He was a dedicated and passionate gardener, and his extensive gardens were famous to all who knew him. Every summer and fall you could count on tomatoes and cucumbers, dahlias and gladiolas, and pumpkins and gourds from George’s harvest. And always, corn. George loved his corn on the cob, and no summer meal or barbeque was complete without it.

But most of all, he loved his family.

In addition to being survived by his wife of 68 years and his children, George will be lovingly remembered by his sisters Pat and Georgiana; Linda’s husband, Mike Simonis; and Steve’s wife, Sandy. His grandchildren, Kim Hart (Luke), Wendy Fitzpatrick (Gene), Candice Stefanic, and Kyle Stefanic will always carry cherished memories of their time spent with their Grandpa, and Ben and Julia Hart and Quintin and Zaeger Fitzpatrick were blessed to have had the chance to know and love their G-pop.

George was predeceased by his parents Jane and George and by his brother Malcolm and his sister Betty.

Though to those that loved him, George’s nearly 92 years weren’t nearly enough, it is enough to know that he lived well and loved deeply and is at peace. He is in our hearts.

Share Your Memory of
George
Upload Your Memory View All Memories
Be the first to upload a memory!