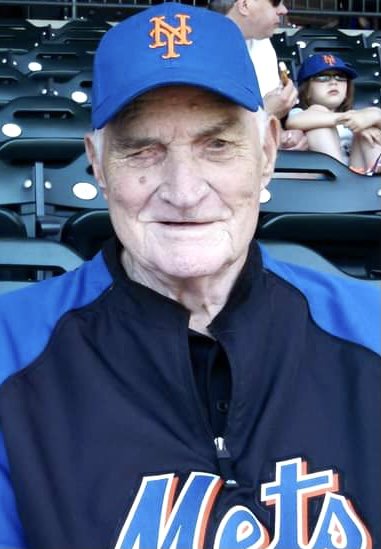 Frank E. Vrabel Jr. died peacefully in his home in Denville, NJ, surrounded by his children. For the past 10 years, he had gracefully battled a series of illnesses, including two different types of cancer. He did so in the same manner he lived his life, dutifully and without complaint.  Visiting hours will be on Wednesday, January 20, 2021 from 4 pm to 7 pm at the Norman Dean Funeral Home.  A Funeral service will be held on Thursday, January 21, 2021 at 11 am at the funeral home.  Interment with military honors to follow at the Rockaway Presbyterian Church Cemetery, Rockaway.  Donations in his memory may be made to the good work of O.S.C.A.R by way of www.inmemof.org.

Born in Bayonne, NJ, the first child of Francis E. Vrabel and Catherine Cochrane Vrabel, he became the eldest of 5.  His brother, Jim and sister, Janice have preceded his death. His sister, Vivian and sister, Mary Ellen, continue to flourish and love him dearly. Frank moved with his family as a youngster, from Bayonne to Indian Lake, and loved to call Denville his home.

Frank graduated from Rockaway High School and Rutgers University, where he played football and ran Track. Frank was also an accomplished fastpitch softball pitcher and played football for the Denville Field Club. He served in the US Army as a member of the The Old Guard based in Ft. Myer, Washington, DC, and then later as a Medic at Walter Reed, also in DC.

Professionally, Frank had a 35 year career as a mechanical engineer at Picatinny Arsenal, Dover NJ. One superior of his once said, “Frank was always the smartest guy in the room”. After retirement, he put the tradesman skills his father taught him to use, by doing home improvements, especially enjoying designing and building decks. One of his favorite sayings was; “take care of your tools and your tools will take care of you.

During his younger years, he worked locally as a typesetter and Sports Editor at The Denville Herald and driving cab for his lifetime friend Ernie, and the Cunningham Cab Co., also of Denville. Along with his father and brother, he helped build several homes in the growing Indian Lake community and later with a builder servicing all of Morris County.

He married Doris Leek on September 10, 1955, and  they shared more than five decades together, until her death in 2006. He has 4 children, Mike (wife,Tammy), Kevin, Glenn ( wife, Ginny) and Melinda (Underwood), and six grandchildren, Andy Underwood, Kelley (Spurlock), John Vrabel, Olga Martinez, Owen and Morgan Vrabel. There are two great grandchildren, Aaden Martinez and Finley Spurlock.

Frank was an avid golfer and longtime member at Picatinny Golf Club, where he aced hole #10 by bouncing his errant shot off a tree and into the hole. He loved all sports, especially baseball (Mets), football (Giants), hockey (Devils) and any team his children or grandchildren played on or coached; he rarely missed a game.

He had a passion for travel. In his early 20’s, he hitchhiked twice from East Coast to West. First, on a whim to visit Hoover Dam and swim in Lake Meade with his college roommate and the second time to help an Army buddy make it to San Francisco in time for a family wedding.

His job took him to Thailand, Turkey, and Panama and all over the US. (He always returned home with keepsakes for his kids). He took his young family all over the East coast in a station wagon pulling a pop-up camper. In 1975, he rented a Winnebago, and led the family on an 8,000-mile circumnavigation of the US, with stops at the Grand Canyon, Hoover Dam, Sequoia National Park, Rocky Mountains, San Francisco and many points in between, constantly offering the reminder; “Don’t forget to look around”.

In 2011, he was the chief navigator for the support vehicle of an epic cross-country bicycle trip, which included two of his sons and two of his grandchildren. (When GPS service failed in Monument Valley, “Big Frank” recalled a route taken from one of his hitchhiking trip and order was restored).

A trademark of his, especially later in life was his remarkable memory, which always included vivid details. If you were lucky enough to hear a story from “Big Frank”, YOU would never forget it.

Recently hospitalized, an ER nurse asked him if he had a good life. Frank replied; “Good life?!?! I married the right woman, I had four wonderful children and I had TWO great careers, I had a GREAT life.”

Share Your Memory of
Frank
Upload Your Memory View All Memories
Be the first to upload a memory!