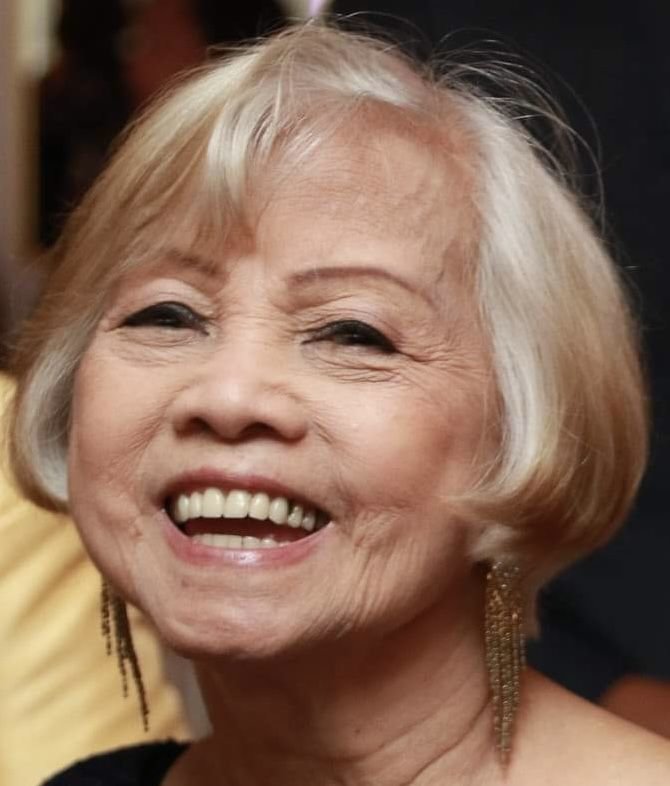 Lourdes Caparas Ramos passed away at her home in Denville, NJ, on November 23, 2020 surrounded by her loving family at the age of 89.

She was born in Zaragoza, Nueva Ecija, Philippines, in February 11, 1931.   She came to the United States in 1983 and has lived in Denville, NJ since 1987. Lulu, as she was fondly called, worked several local jobs for as long as she was able to, including at Parsippany Hilton for over ten years.  She was an active member at Bible Church International, Randolph; and has loved being a part of several church ministries, and community outreach, including feeding the homeless and visitations.  She enjoyed  attending the Denville Senior Citizen Center. She loved to travel and dance with her loved ones and cherished being the best Mama Lola to her many grandchildren and great-grandchildren.

A memorial service will be held to honor Lourdes on Sunday, December 13, 2020 at 2 p.m. at Bible Church International, 791 Route 10 East, Randolph, NJ. It will be on livestream as well.

Share Your Memory of
Lourdes
Upload Your Memory View All Memories
Be the first to upload a memory!