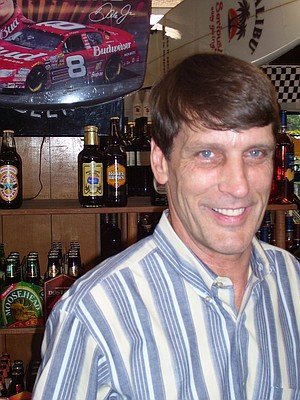 David Stroud Kelsey of Fayetteville, Ark., was born January 4, 1951, in Denville, N.J., to Dana and Florence Lindabury Kelsey. David passed from this life Saturday, October 10, 2020, in Fayetteville at the age of 69.

He was a Fayetteville business owner for over 40 years, with businesses including Domino's Auto Clinic, Kelsey's Texaco, Dave Kelsey's Performance Automotive, Daddy Dave's Economy Liquor, and Hobby Shop Auto Repair. He was also a member of St. John's Lutheran Church.

David is preceded in death by his mother, father, and sisters, Joyce Lusardi and Judy McCarter.

A Memorial service was held on October 26, at St. John's Lutheran Church in Fayetville, AR followed by a classic car and hot rod escort in his honor to Fairview Memorial Gardens. Funeral arrangementswere made by Nelson Berna Funeral Home in Fayetville.  Donations may be made to this two grandchildren's college education, checks payable to DeElla and Archer Kelsey, mailed to PO Box 8968, Fayetville, AR 72703.  Condolences may be sent to his sons Kevin and Dale, c/o Dale Kelsey, 3429 Galaxy Drive, Fayetville, AR, 72701.