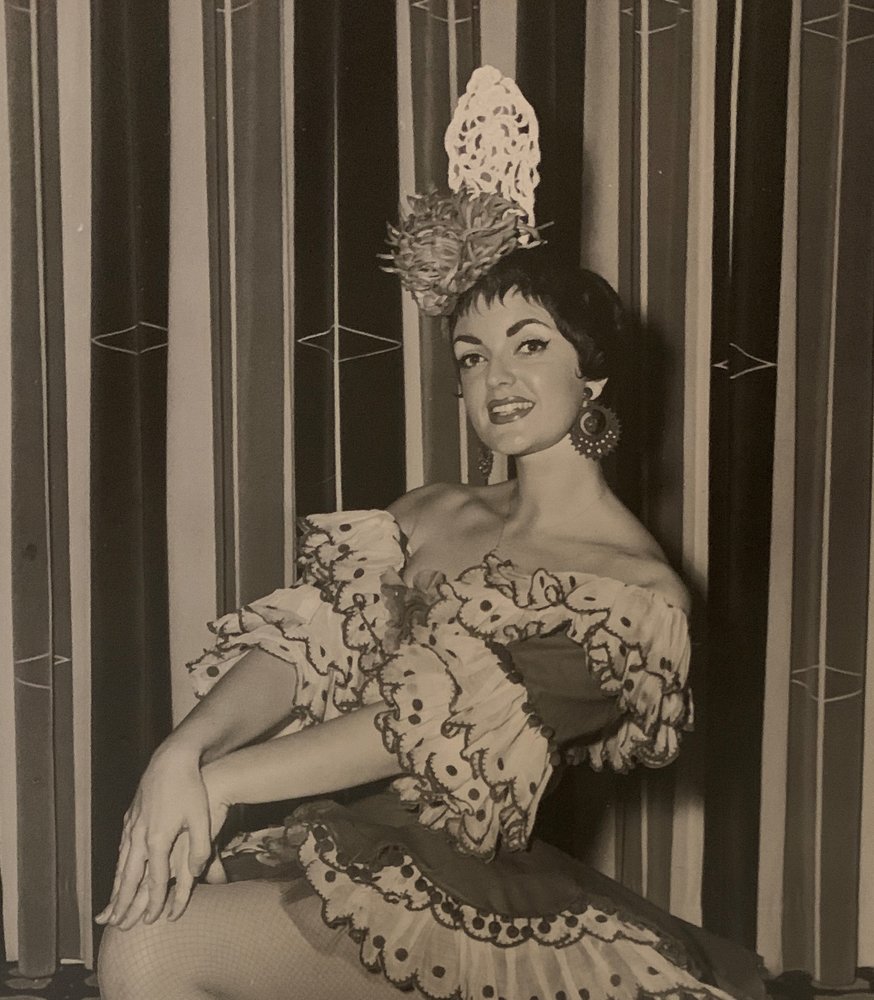 Please share a memory of Thelma to include in a keepsake book for family and friends.
View Tribute Book

Thelma Sherr (nee Baker) passed away October 8, 2020 from natural causes at the age of 90.

Born on the outskirts of London in 1930, during World War 2 as a young girl she entertained convalescing troops by tap dancing on a wooden drum. She became a chorus line dancer for the famous Toppers and was recruited by Barbara Walters father Lou to come to the United States to dance in the early 1950’s.

Working in Miami Beach, Florida she eventually made her way to New York City and danced at the Latin Quarter. Her last job was for the Broadway show Golden Rainbow in 1968/69. When her career in dancing ended, she began a career in retail cosmetics that culminated in a Territory Manager job for Calvin Klein despite never receiving a High School diploma.

She is survived by her son Marc and daughter in law Nancy along with her loving grandchildren Tracy and Michael. She leaves behind many cousins and dear friends on both sides of the Atlantic Ocean.

In lieu of flowers please make a donation in Thelma’s memory to Susan G. Komen for the cure Breast Cancer Foundation, 13770 Noel Road, Suite 801889, Dallas, TX 75380.  Friends and relatives may visit on Tuesday, October 13, 2020 from 5pm - 7 pm at the funeral home.  Please wear a mask and practice social distancing.

Share Your Memory of
Thelma
Upload Your Memory View All Memories
Be the first to upload a memory!
Share A Memory