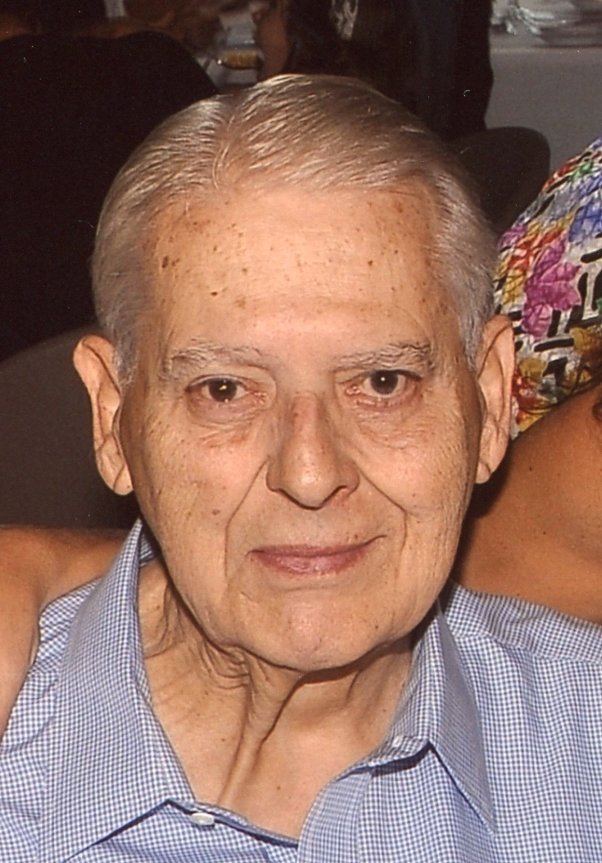 John Paul Neumayer passed peacefully on Friday, October 2, 2020.  He shared 83 years, to the day, of love with his family and friends.  Private services with military honors were held under the direction of the Norman Dean Home For Services, Denville.  John’s family wishes to thank all of you for your love and prayers during this difficult and unprecedented time.  Please share your memories here.  They will cherish them forever.

John was born on October 2, 1937 and was one of three children to bless the family.  He grew up in New York and after his schooling proudly enlisted with the US Air Force.  After his honorable discharge, he found himself at Culver Lake with some friends.  It was there that he met Johanna Tirrito.  Well, as they say, the rest was history.  He was smitten and after a few short months the couple married.  They made their home in Teaneck raising three children.

John worked hard to give his family a good life.  He was fortunate to go to college through the military and earn his engineering degree.  He utilized his degree at several companies including I.M. Pie, Bechtel, John Brown and often mentioned how proud he was of employment at Arthur G Henning Inc. where he built commercial ship models for the Smithsonian Institution. He retired in 2004 as Senior piping design engineer with Kvaerner. He enjoyed his career and the friendships he made along the way.  During his time working in the city he enjoyed bring home flowers every Friday for his wife and occasionally bought a trinket for his kids. He instilled in the kids the values of family, loyalty, hard work and respect.  Being a product of the great depression, he knew all of them.

John was an avid gardener and his backyard was somewhat magical.  He enjoyed baseball, and especially loved coaching kids in Little League for many years. He was one of those avid baseball fans who was upset when the Dodges left Brooklyn! He truly was an artist not only with his drawings but the way he presented a meal and the stories he told especially about his time in the Air Force. John loved listening to music especially jazz. You would often find him reviewing what to play next like a ritual, meticulously reviewing each record before carefully selecting what to play and respectfully placing the record on the turntable.  You could feel the passion he had for sound. That respect and passion was found in everything he did, from cooking to gardening and tinkering around with his tools. Everything had a label, a home and all was treated with care. He was a true gentleman, commanded respect, his presence was known and he was very patriotic.

A few years ago John and Johanna moved to Fox Hills where they made friends quickly and enjoyed new activities. “Grandpa” was one of John’s greatest titles and truly enjoyedwatching their personalities emerge. He was over the moon for them and loved them dearly.  Although we are saddened by his passing, we take comfort in knowing he is at peace with his beloved son John who greeted him joyously.

He leaves only beautiful memories to his wife Johanna of 56 years; his son Salvatore D., daughter Jennifer G.; daughter in law Lauretta; grandchildren Jason and Sean Neumayer and Penelope Borboroglu and many more dear relatives and friends.  His son John J. passed in 2018.

In lieu of flowers donations can be made to the Wounded Warrior Project online by way of www.inmemof.org.