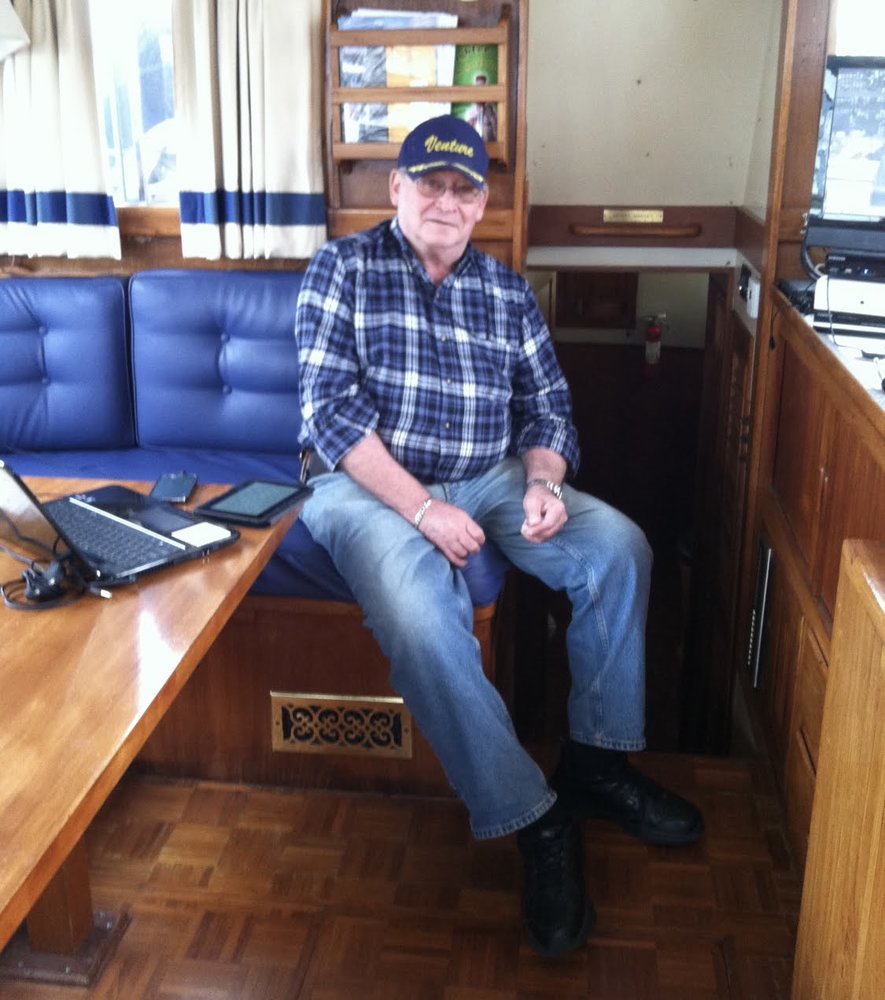 Jerry was born and raised in Brooklyn, NY to the late Sidney and Margaret (Rosenfield) Schindlinger. He often talked about his children, Lizz, Mike and Ron and was just so proud of who they turned out to be and the things they have accomplished. He never got tired of telling stories about them growing up. His love for his grandchildren Benji and Thomas knew no boundaries. He was so looking forward to celebrating each milestone. He wanted to hang the moon and stars for them.

While serving in the Navy, Lieutenant Schindlinger was in underwater demolition training, studied Oceanography and excelled in engineering. He was offered the esteemed position of Captain on a ship but turned it down for the love of his family. He was so proud to be in the United States Navy.

He was a man of courage and conviction and never backed away from anything hard; whether it was helping to save a life or being the Captain on a chartered party boat, even at night. One time, the running lights stopped working and he led that boat to safety without anyone even knowing that anything was wrong. Jerry’s happy place was on the water. He administered many unforgettable times on his 42 ft. Grand Banks Trawler named Venture.

Throughout his life, Jerry never stopped caring for others. As an astute pharmacist and true advocate, he never stopped supporting and looking out for his customers and patients; he always tried to help them in any way he could. His family thought of him as a “Pharmacist/Lawyer.” He actually won lawsuits against Medicaid on his own with proper research and facts. Jerry had a passion for law and litigation.

The daughter of one of his friends wrote that she “was filled with an overwhelming sense of joy and gratitude that her dad had a friend as sincere, humble, as well as honest through the many years, not to forget extremely loyal. It is a plus that you seem to have the gift of true wisdom in many areas and as luck would have it – in my opinion – you have acquired a self-taught set of street smarts.”

He loved the community living and admired and loved his new found friends and neighbors in the Greenbriar section of Wharton. He only wished he had moved there earlier.

Jerry was voracious reader. He read anything and everything and it wasn’t unusual for him to read a few books a week. He also was an astounding story and joke teller. He loved talking about his experiences at a bar in Greenwich Village (Lions Head) and had such admiration for the people he met there. Judy would see it in his face how painful it was when he heard that someone he knew from there had died.

Due to the coronavirus pandemic, Graveside Service will be by invite only. He will be buried in his family’s plot in Wellwood Cemetery in West Babylon, NY. Relatives and friends are welcome to join us, safely, from the comfort of their home to watch the service live by clicking on this link on Tuesday, September 29th at 11 am to watch the livestream. *Link will not be active until service day at 11 am and will remain active for 90 days*

In lieu of flowers, donations in Jerry’s name would be appreciated to either the American Cancer Society or the American Diabetes Association. Please leave a condolence, light a candle, and share your favorite memory of Jerry here to continue to celebrate the incredible life he endowed to us.

Share Your Memory of
Jerome
Upload Your Memory View All Memories
Be the first to upload a memory!