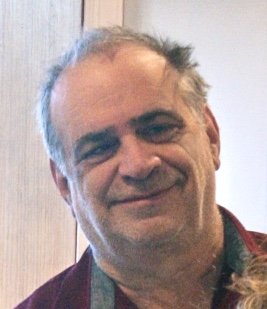 Bill had been my never met in real life friend for close to 20 years, from way back when there was a "waiting for the download" page at CIDU. He was awesome and you all must be devastated. Just wanted to let you know that he was loved by many. Lola in PA
Please wait
Share Comment
J
James Mapp lit a candle
//s3.amazonaws.com/skins.funeraltechweb.com/tribute-gestures/v2/candles/candle_peace.png

I'm so sorry for your loss. I never had the pleasure of meeting Bill, but reading his webpage every day really made me feel like he was a friend. The world's a little darker today.
Please wait
Share Comment
B
Bob Ball lit a candle
//s3.amazonaws.com/skins.funeraltechweb.com/tribute-gestures/Candle3.png

CIDU was part of my morning. I admired Bill for what he had created on the site: A thoughtful, intelligent group of comic strip aficionados meeting in a well-moderated forum. When the strip failed to renew last week, I didn't read the text at all closely. I thought Bill was taking time off after the death of his father. When I looked again in a day, I was flabbergasted. My condolences to his family and friends. "He'll be missed" is often said of a person who has been gone from active life for many years. Bill was right here. He's being missed as I write. Bob Ball
Please wait
Share Comment
M
Meryl A lit a candle
//s3.amazonaws.com/skins.funeraltechweb.com/tribute-gestures/Candle10.png

I am another who knows Bill from CIDU - I feel as devastated as if I have lost one of my closest friends. My sympathies to his family and friends. Bill was a wonderful person with a great sense of humor. He will be missed by more people than you can know. He and you, his family, will be in my thoughts and prayers not just now, but every year when Yom Kippur comes and I remember him. If it not rude to say - I keep hoping it will turn out that the "other" Bill Bickle whose emails he would receive and tell us about, is actually the one who has died - but unfortunately I am sure it is not. Meryl A
Please wait
Share Comment
S
Susan T-O posted a condolence
I am so, so sorry for your loss. While I never met Bill in person, I visited his CIDU page daily and it always brought a smile to my face. The way he turned his frustrations with "Idiot Bill Bickel" into lighthearted, entertaining stories was delightful. I'm sure I'm not the only one who discovered a new favorite comic strip through CIDU. May his memory be a blessing.
Please wait
Share Comment
B
Ben lit a candle
//s3.amazonaws.com/skins.funeraltechweb.com/tribute-gestures/Candle4.png

I'm one of the many people who CIDU Bill enlightened, entertained, and educated for many years through his web site. We will miss him terribly. I'm so sorry for your loss. It sounds as if he was as good a person as he projected on-line, which is a rare feat.
Please wait
Share Comment
T
The Cozzo Family posted a condolence
Robin and Bill moved down the street from us in, I believe, 2000. Our son Tyler and their son Aaron found each other in the neighborhood almost instantly and formed a life long friendship as well as with Aaron’s younger brother Zach. We began spending time with Robin and Bill shortly after. I’ll never forget our first Halloween. My wife Kim and Bill loved getting dressed up to the point of children embarrassment and they went all out that year and many years after. Our friendships became so strong and remain to this day. The thing that I think will be my strongest memory of Bill is his complete Selflessness. He would drop everything in an instant to help you if you were in need, had a question, wanted to do something with/for the kids... and he was so so caring of his family and treated us as if we were part of his family as well. We had a strong baseball connection, sometimes texting back and forth until 3 am about the Yanks. Bill also had an incredible connection with Kim. They both love books. I’ve often said they were professional book readers because of how advanced they were in how they read and how many books they could have going at once. Robin and Bill got Kim and I into frequenting local theater productions of every possible style- musicals, thrillers, crime stories - and of course Rocky Horror Picture Show. We had plans to go into NY and watch the midnight movie but that didn’t come to pass. The Cozzo family is beyond saddened over the loss of our friend and we are so grateful for the memories we will always have of the Bickel family.
Please wait
Share Comment
G
Geoff Pangrac posted a condolence
My heart goes out to the family, I've been following CIDU Bill for some time now and will miss his posts & wit.
Please wait
Share Comment
J
Jeff Hellner posted a symbolic gesture
//s3.amazonaws.com/skins.funeraltechweb.com/tribute-gestures/v2/baseball.png 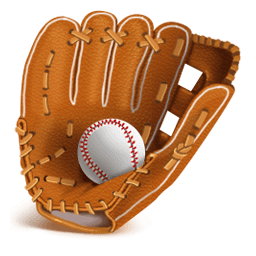 I knew Billy as a boy when we went to the bungalow colonies in Monticello in the ‘60’s. Although I was 3 years younger he always wanted to include me ( and his brother Marty ) in fun and games. I reconnected with Bill on Facebook some 50 years since I had last seen him. May his family and friends find peace in memories of Billy.
Please wait
Share Comment
T
Tyga_Lilee posted a condolence
CIDU has been a part of my daily life for countless years. Bill was always so, so kind. Just offering a little piece of joy and humor for a very niche online community. I am really going to miss this man who I have never officially met. -Username Tyga_Lilee
Please wait
Share Comment
j
ja posted a condolence
Like many others who have offered their respects here, I am a long-time follower of CIDU. In a world and web where mutual respect, humor, and intelligence are often difficult to find coexisting in ample quantities, CIDU was a unique breath of fresh air-- one that brought me joy on countless occasions over the last decade or more. I am thankful to have known Bill, at least in a small way, and offer my deepest condolences to all who were fortunate to have known him well.
Please wait
Share Comment
G
George posted a condolence
May his memory be a blessing. We are so sorry for your loss. Bill was an internet friend, first discovered via CIDU but later a friend to chat with on the web. What a wonderful man. A man of spirit and belief, never hesitant to share.
Please wait
Share Comment
B
Bill Ash posted a condolence
Please accept my deepest sympathies on your family’s loss and on our little on-line community loss. Bill Bickel helped many find joy in the comic strips and his humanity touched us all. He will be greatly missed. May God comfort you and yours in this time of great sorrow.
Please wait
Share Comment

Sandy Karasik posted a condolence
I met Robin in High School when we rode the city bus from Co-op city to Science. We lived one building away from each other and would spend time in each other’s apartments after school. I met Bill through Robin. We used to write to each other in college. I always enjoyed his letters. He had a quick wit and he was one of the most intelligent and compassionate people I’ve had the honor of calling my friend. You will be missed Billy. May your memory be a blessing. My heartfelt condolences to Robin and the boys.
Please wait
Share Comment
F
Frosted Donut posted a condolence
Although I never met Bill, he has been a constant in my life through his CIDU for over ten years now. I thank him for his many explanations and never failing good humor.
Please wait
Share Comment
S
Stephanie Zweben Iluzada lit a candle
//s3.amazonaws.com/skins.funeraltechweb.com/tribute-gestures/Candle.png

Chip Christian posted a condolence
I didn't know Bill well. We've only ever interacted online. I will miss his sharp wit. My deepset condolences to his friends and family. He was taken way too young.
Please wait
Share Comment
B
The family of William Bickel uploaded a photo
/tribute-images/9211/Ultra/William-Bickel.jpg