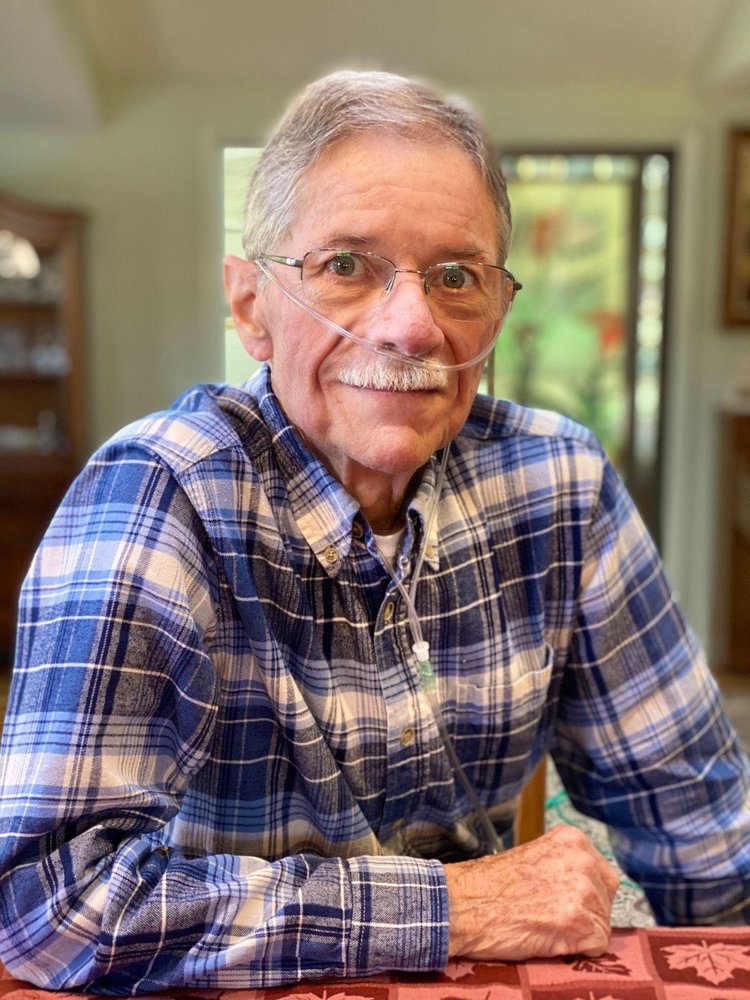 Born in Cedar Grove to Robert Edwin and Mary Catherine (McCusker) Byrnes, he had lived in the Indian Lake section of Denville before moving to Rainbow Lakes 41 years ago.

He worked in telecommunications at NJ Bell and Plantronics and later as an independent health insurance agent before retiring in 2007.

After his diagnosis, Bob became an enthusiastic supporter and officer of the Garden State Pulmonary Fibrosis Support Group at Morristown Medical Center and the Pulmonary Fibrosis Foundation. He was recruited for speaking engagements and even was the star in a short film to promote better understanding of Pulmonary Fibrosis. He believed in living with “an attitude of gratitude” and demonstrated this constant positivity by buying a motorcycle (and learning to ride it!) when he was told of his terminal illness.

Bob and his wife Cheryl loved nothing more than to travel and explore new destinations. They often shared fun memories of trips to Germany, France, Switzerland, Great Britain, Scotland, Spain, China, Hong Kong, Macao, Jamaica, Canada and Mexico.  Bob loved taking photographs of these unique places as wells as pictures of summer trips to the NJ shore, especially Long Beach Island and Spring Lake, NJ and vacations on Emerald Island, NC. But most of all, Bob enjoyed being the family photographer. He so loved his family!

He is survived by his wife of 40 years, Cheryl Liana (Malan) Byrnes and by his loving children Robert Michael Jr. and his wife Serena Byrnes of Lyons, Nebraska; Michael John and his wife Dana Byrnes of Bradenton, FL; and Lauren Malan and her husband Rahul Roychoudhuri living in Cambridge, UK. But Bob’s most cherished role was that of “Grandpa” to his 10 grandchildren: Bradlee, Megan, Rebecca, Michael, Robert, Nicholas, Anthony, Jason, Rosemary, and Eva. He is survived by his siblings Terence and his wife Dianne Byrnes of North Carolina, Mary Ann and her husband Fred Temple of New Hampshire, and Margaret and her husband Jack Pruden of Parsippany, NJ. Last, but certainly not least, “Uncle Bob” will be sorely missed by his 47 nieces, nephews, grandnieces and grandnephews.

Unfortunately, due to the current health crisis there will be no immediate funeral, but a memorial service is planned later when it is safe for all to travel.

Donations can be made in his memory to the Pulmonary Fibrosis Foundation at  https://www.pulmonaryfibrosis.org/ways-to-give/donate-now or send a check to his local support group made out to Garden State Pulmonary Support Group Inc. and mail to GSPFSG, Inc., 25 Cedar Lake West, Denville, NJ 07834.