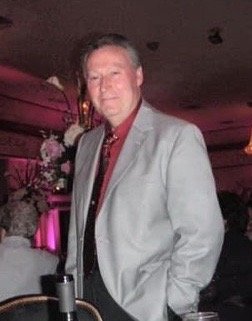 Please share a memory of Louis to include in a keepsake book for family and friends.
View Tribute Book

Louis “Lou” Ecanosti passed peacefully on Saturday, July 11, 2020.  He shared 79 years of love with his family.  A Mass of Christian Burial will be celebrated on Thursday, July 16, 2020 at 11 o’clock in the morning at St. Cecilia’s Church, Rockaway, NJ.  Donations in his memory may be made to the good work of St. Hubert’s Animal Welfare Center by way of www.inmemof.org

Lou was born in Drusco, Italy and came to the US in November of 1955 with his parents and his brother.  After his schooling he began his longtime career as a lithographer.   He met Dorothy Webb through a friend and the rest was history.  He adored her and they married on March 29, 1964.  They settled in Fairview to raise a family of their own.  Lou worked hard to give his family a good life.  He always wanted the best for them.  As the years passed on, he was soon crowned with the title “Grandpa”.  The sun rose and set on his five grandchildren and he bragged of them to anyone who would listen.  Some years ago, Lou and Dottie moved to Fox Hills in Rockaway where they made friends quickly.  Lou could be found on the bocce court, bowling and enjoying water aerobics.  He loved to be outdoors and enjoyed what this community had to offer.   His favorite time spent though was time with his family.  Although we are saddened by his passing, we take comfort in knowing, we will always have a proud and watchful eye from above.

He leaves beautiful memories to his wife whom he loved so dearly, Dorothy “Dottie” of 56 years; his children Anthony ( Dawn Scasserra) and Michele McCarthy ( Bill); his grandchildren Alyssa and Anthony Ecanosti and Nicholas, Alicia and Daniel McCarthy; his brother John and many more dear relatives and friends.

Share Your Memory of
Louis
Upload Your Memory View All Memories
Be the first to upload a memory!
Share A Memory