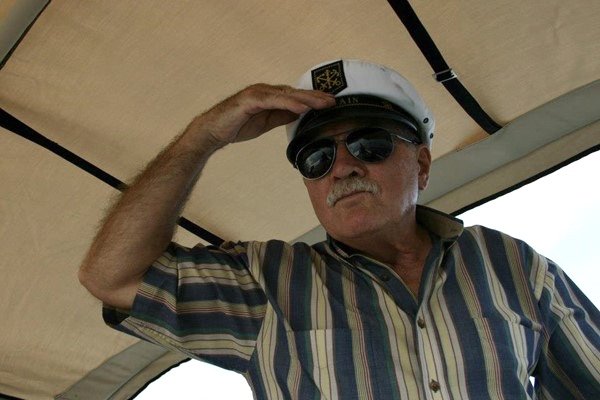 Obituary of Daniel A. Snead

Daniel A. Snead passed peacefully at home surrounded by his adoring family on Wednesday, June 24, 2020.  He shared 71 years of fishing adventures and love with his family and friends.  Private arrangements were entrusted to the Norman Dean Home for Services, Denville.  Our hope is to have a celebration of Danny’s life in the very near future with all of his loved ones.  Donations in his memory may be made to the good work of the Memorial Sloan Kettering Cancer Center by way of www.giving.mskcc.org/pancreatic-cancer. Please share your memories here. His family will cherish them forever.

Danny was born in Teaneck, NJ to the late Robert and Amelia and raised in Ridgefield Park.  He was one of six children to bless the Snead family.  After his schooling, he served our country during the Vietnam Era and was stationed in Alaska.  Upon his honorable discharge he returned to New Jersey and attended Woodstock with his buddies. He lived in Ridgefield Park, Denville, and Green Pond.  As he would tell you, he started working at 15 years old delivering papers, and ended his career as a systems analyst for Prudential after 38 years! As anyone who knew Danny over the years could tell you, he was a character, always had to have a say, and was a great manager of the MoFos softball team through Pru.  It was through his job that he met Sherry Monka, the young, timid girl who was assigned with the task of fixing the computer programing bug for the system Danny was installing.  After she saved the day, he asked her to lunch, and the rest was history.  They eloped to Hawaii on November 27, 1991.  Soon they settled in Green Pond where they raised their daughters and he taught them the skills we all need in this world- how to cast a line, root for the NY Giants, and dock a boat. He raised his daughters to be determined, competitive, and to always “Be aware”. He took easily to fatherhood, serving as the Chief of the father daughter club “Indian Guides and Princesses” through the YMCA as Chief Silver Fox of the Mohegan Tribe with Kristen, Little Red Fox, by his side.  He was the most supportive father through all of their endeavors in school and sports, especially when he would yell “Give it a brother” when Emma was pitching or yelling to Kristen at soccer saying “Go SNEADO”. These memories will never fade.  Danny was over the moon for his girls and was the proudest Dad there was.  He bragged of them to anyone who would listen. In addition to fishing at Green Pond, Dan always looked forward to the annual Bayhead fishing trip. So many fun times with his beloved fishing buddies. Aside from fishing and family time, Dan had another passion- trips to AC. He had the Borgata on speed dial and would never give up the chance to go, play some Blackjack, and pick up the knife set give away from the hotel.

Dan adored his wife Sherry and was blessed each day to spend his time with her.  In the late morning, a cup of coffee on the deck, on a hot summer evening, a cold Heineken Light.  With every sunset, they were together completing the NY times nightly crossword puzzle and racing Emma to finish.  Although we are saddened by his passing, we take comfort in knowing he is watching over his family with love and pride.

He leaves only joyful memories to his wife Sherry (nee Monka); daughters, Kristen and Emma; son-in-law, Will Brennan; his loyal pup Tucker; his siblings Robert, Patricia, and Michael; his granddog Barkley and so many dear friends, relatives, and fans. He was predeceased by his sister, Carol and brother, John.

Share Your Memory of
Daniel
Upload Your Memory View All Memories
Be the first to upload a memory!