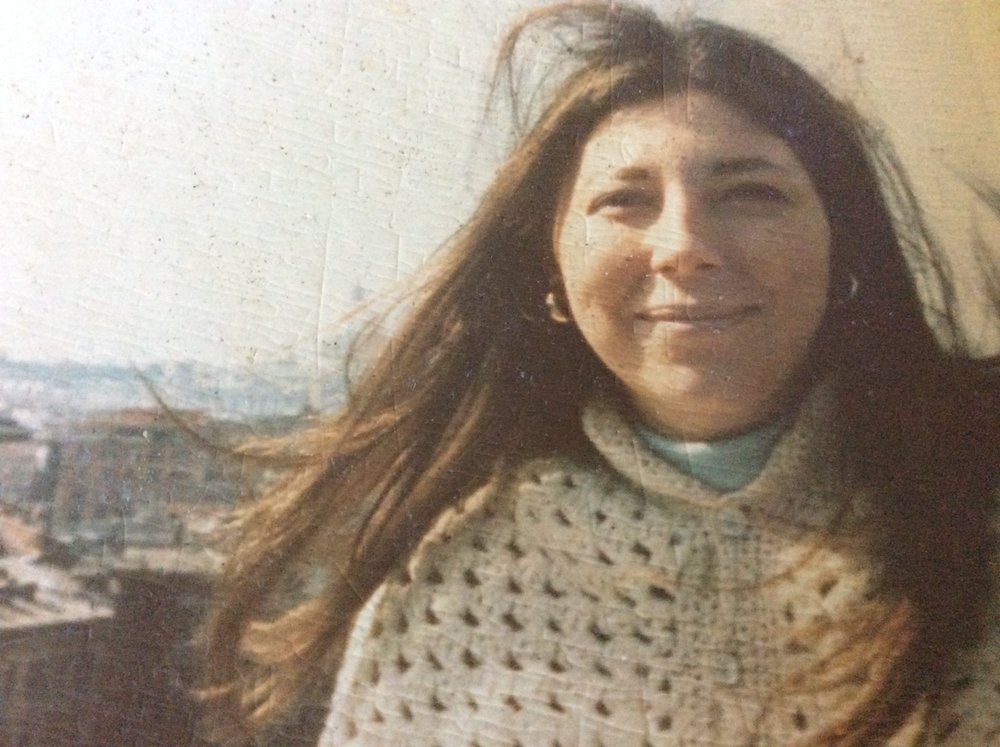 Bert or Auntie Bert as she was known by family and friends was born in Kearny, New Jersey on October 28, 1941 to William G. McCallum and Genevieve M. Kaczor.  In 1950 they built a home and moved their family to beautiful Cedar Lake.  There Bert attended Denville Main Street School and graduated from Morris Hills High School where she developed her artistic talent and began preparing herself for a career in Art.
She then attended Pratt Institute in Brooklyn to study industrial design and graduated in 1963 with a B.S. in Industrial Design.

Soon after graduation, her life-long desire to travel propelled her to Europe where she discovered a Volkswagen factory, purchased a white beetle, and drove it throughout Europe.  It was during this adventure that she fell in love with Italy, and vowed to live there someday. She and the beetle returned to New Jersey, and it wasn’t long before she was packing her bags again after accepting a design job with a large architectural firm in London.  And that architectural firm happened to have a location in Rome, so in a few months off she went to live and work there, staying for many years. She worked on significant projects including the interior of an Iranian palace, mastered the Italian language and their cooking, and continued to travel locally to places like Venice, Florence and Sardinia. She met many amazing and talented people who respected her ability to totally engulf herself in the country and culture.

The world was changing and it was time to return to America and establish roots in Manhattan. She worked for a design firm at first and then started her own business. Although she enjoyed the cultural aspects of New York, as time passed she decided it was time to return to New Jersey to spend time with her family and have a normal job at Pfizer.
Throughout all her journeys,she continued to excel at completing the New York Times crossword puzzle.

She leaves her sister, Mary Jeanne White of Rockaway, her niece Wendy J. White of Madison, her nephew George C White of Denville and great niece and great nephew Amanda White and Kieran Baxter and brother Bill McCallum of Arizona.

Share Your Memory of
Roberta
Upload Your Memory View All Memories
Be the first to upload a memory!