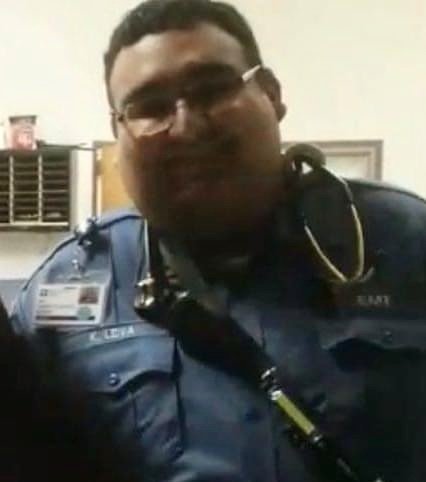 Obituary of Kevin A. Leiva

Kevin A. Leiva passed peacefully on April 7, 2020.  He was just 24 years old and was one of our true heroes.  As we navigate the times, we find ourselves in new waters. Due to the current health crisis, all services are private. Our hope is that in the very near future, we can have a and Celebration to honor Kevin properly. Thank you for your continued love and support.

Kevin was born in March 27, 1996.  He was one of two sons to bless the Leiva Family.  He graduated from Manchester Regional High in 2014.  He earned his Associates Degree at PCCC and found his calling along the way.  Kevin always said that becoming an EMT was an act of God.  It was out of his hands and he was proud to be called.

While in HS, Kevin met a young lady on the internet.  She lived 1000 miles away, but they both knew they had found the right match! They talked daily and as soon as they were able (the day after high school graduation!), Marina Remington flew to New York to meet her sweetheart.  They were more in love than ever and married on a January 4, 2018.  Kevin brought light to Marina’s life and Marina brought so much love.

As an EMT Kevin was beyond dedicated.  Recently he was promoted to Supervisor and was very proud.  He was always worried about his crew, especially during these extraordinary times.  He was selfless and passionate and always did the right thing.

Outside of work he played guitar, acoustic and electric.  He enjoyed classic rock, blues, jazz.  He loved a good meal, I mean- who doesn’t!  And he loved being home with his family, including AJ & Blue, his tegu lizards.

We are broken hearted by Kevin’s passing but will be ever grateful for having had him bless our lives.  He leaves beautiful memories to his wife Marina, his Mom and Dad Marco & Silvia Leiva, his brother Chris Leiva; and so many more dear relatives, friends, EMT’s and neighbors.

Share Your Memory of
Kevin
Upload Your Memory View All Memories
Be the first to upload a memory!
Share A Memory