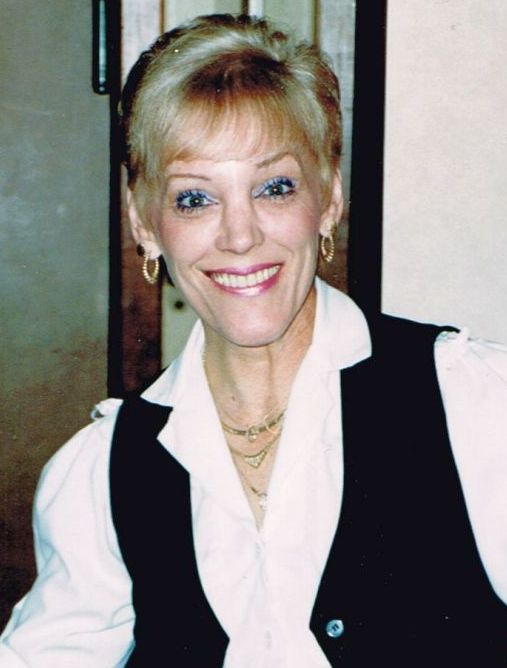 Jo Ann Crotty of Kenvil, NJ, passed away April 8,2020 due to a long illness. She was 75 years old.
Jo or Cookie as she was known by family and friends was born in Philadelphia Pa, October 17, 1944 and raised in Rockaway,NJ by a strong Matriarchal family. Her Mother Josephine Freeman, Grand Mother Josephine Medylo and her Great Grand Mother Mary Zajac.

With her warm personality and award winning smile she began a lifelong career as a waitress. She enjoyed 25 years at the Arrow Diner where she would eventually work with her 3 children teaching them to be strong, and hardworking before they went off on their own. She also worked at Traveler's and the Dover Star Diners . All of these were proud accomplishments. Alongside that she was more than happy to be the central figure in the lives of her 3 children. Anyone that knew them knew that she was a star in their eyes, and that's all that mattered to her. She enjoyed travel, music and dancing, working in her home and yard, time with her family which included a parrot, two dogs and two miniature goats.

Being young at heart she shared movies and popcorn, bike rides and hours at the park with her grandchildren.

It wasn't until later in life she found she had a creative side and enjoyed painting and had acquired a number of pieces.  Painting, time with family and friends and chocolate gave her great joy.  She will be forever remembered as a compassionate spirit with a beautiful smile.   It would be wrong to say that Jo Ann lost her battle because she never stopped fighting. And through that we know what perseverance truly looks like. Just because she is no longer here, doesn't mean she lost her fight. Joann was predeceased by her husband Paul Crotty and her brother Edward. She is survived is  her sisterss Diane, Maryann and Elizabeth Ann. She leaves joyful memories to her daughter April Miller (fiance Bill Mathys) and April's children Jeremiah,  Marissa Sanges (Kyle); her son Jim Melvin (late wife Lisa) their children Kayla and Randy; daughter Stacey Greenhagen (Greg) and their children Valerie, Cody and Ryan; and her great Grand Children Noah and Oliver Sanges. Due to the current health crisis all services will remain private. Thank you for your continued love and support.

Share Your Memory of
JoAnn
Upload Your Memory View All Memories
Be the first to upload a memory!