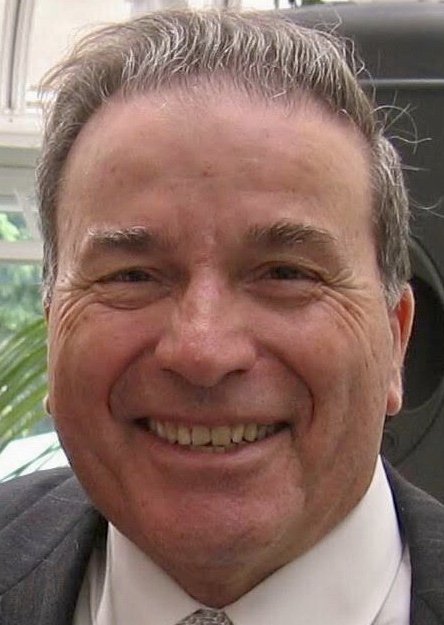 Dr. John Michael Cusano passed peacefully into eternal life on Monday, April 6, 2020. He shared 89 years of love and generosity with everyone he met. As we navigate these singular times, we find ourselves in new waters. Due to the current health crisis, only our immediate family is permitted at the funeral home to say our final goodbyes this week. Our hope is that in the very near future, we can have a Memorial Mass and Celebration with all of our family and friends in attendance. Thank you for your continued love and support.

John was born in the Bronx on November 9, 1930. He was one of three children to bless The Cusano family. John attended Cardinal Hayes High School, Fordham University and Georgetown University Dental School. After his schooling he married his sweetheart Rosemary Caporale on June 19, 1954. They moved to Washington, DC where John completed dental school. Soon after, they headed to Chicopee, Massachusetts where he proudly served as a Captain in the US Air Force. They eventually settled in West Hempstead, NY, where they raised their growing family. John worked hard to give his family a beautiful life. He was blessed to own and operate a successful dental office, John M. Cusano, DDS for over 40 years in West Hempstead. He loved being a dentist and he formed lasting friendships and lifetime patients along the way.

After West Hempstead, John and Rosemary lived in Manhasset, NY, Mountain Lakes, NJ and at the Oaks in Denville NJ. John and his family also had a home in Hemlock Farms, Pennsylvania for over 50 years, where they were vibrant members of the Lords Valley Country Club.

When he wasn’t hard at work, John enjoyed playing tennis and was quite good at it. In later years he took up golf. He was an avid reader, particularly a history buff. To say Thomas Jefferson was his hero would be an understatement.

John was generous with his time and blessings. He was very active in providing dental care for the residents at the Cerebral Palsy Foundation Center on Long Island, with his church both on Long Island and here at St. Catherine of Siena. He helped to found a school for troubled teens in Brattleboro, Vermont.  He served on the board as President with the Academy of General Dentistry and was was honored as their Man of The Year. John also gave generously to many charities, particularly St Judes Children’s Hospital and the Family Outreach Foundation. He was very philanthropic and we are better people for having him bless our lives.

On the lighter side, John also had smaller hobbies. He dabbled in stained glass and models. He loved clocks and became very adept at repairing and rebuilding them. He played pinochle and bridge. He enjoyed tinkering and could fix pretty much anything with just a bit of velcro and duct tape. We will miss his handy work for sure!

But all of these myriad interests and good works were only a part of what defined John. More importantly, it was his unique ability to make every person he interacted with feel loved, seen and special in his eyes that everyone who knew him will remember.  Above everything John loved his family. He adored his wife Rosemary and has been broken hearted since her passing in August. He was so proud of his children and the sun rose and set on his fifteen cherished grandchildren.  In June of last year, after 65 years of marriage, John and Rosemary renewed their marriage vows. Their true and deep love will continue to be a source of strength at this difficult time and in the months and years ahead. Although we are saddened by his departure, we take comfort in knowing they are together again watching over their family with love and pride.

In his inimitable manner he has also left many family members and friends who felt a special bond with him, with all of whom we share his loss and his love.

Donations in John’s name may be made to the good work of the Family Outreach Foundation, 5 Wilson Street, Mendham, NJ 07945. Please share your memories here. His family will cherish them forever.