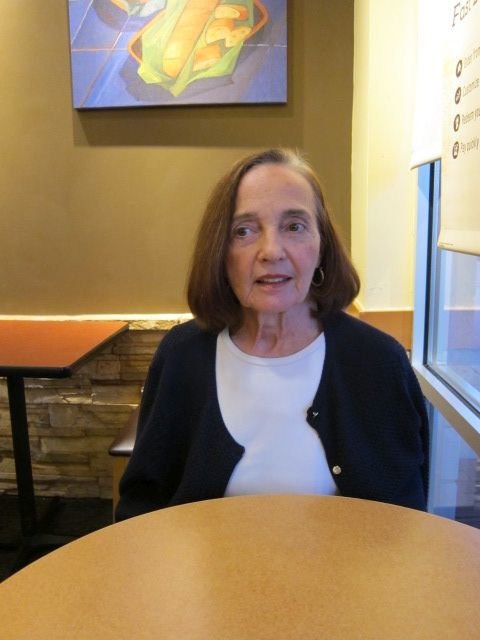 Mary Elizabeth Mushala (Murray) passed away at St. Clare’s Hospital in Dover, N.J. on March 29, 2020, at the age of 75. The cause of death was complications of Alzheimer’s disease.

She was born in Dover and grew up there – attending Morris Cathloic High School and County College of Morris. Mary moved to Denville in 1973 and had lived there since then.

She was a long- time employee of a division of Siemens Building Technologies in Florham Park N.J. At Siemens, as Marketing Communications Director, her responsibilities included sales meetings, trade shows and incentive trips, as well as various others – advertising, etc. She was a very strong and creative writer. Her work, in a large corporation, was widely circulated. Her employment fostered one of her first loves – that of flying. In her role at Siemens she traveled widely, both domestically and internationally. She was an avid reader, loving fiction, as well as business texts and cook books. At home, her creativity and energy carried over into the kitchen. She had a great affection for people, especially children, engaging them with conversation – her sense of humor – and of course, that smile. In short, she was a beautiful person – in every sense of the word.

A funeral service was celebrated at Saints Peter and Paul Orthodox Church in Rockaway, N.J., followed by burial in the Church cemetery. Norman Dean of Denville was the funeral director.

Share Your Memory of
Mary
Upload Your Memory View All Memories
Be the first to upload a memory!