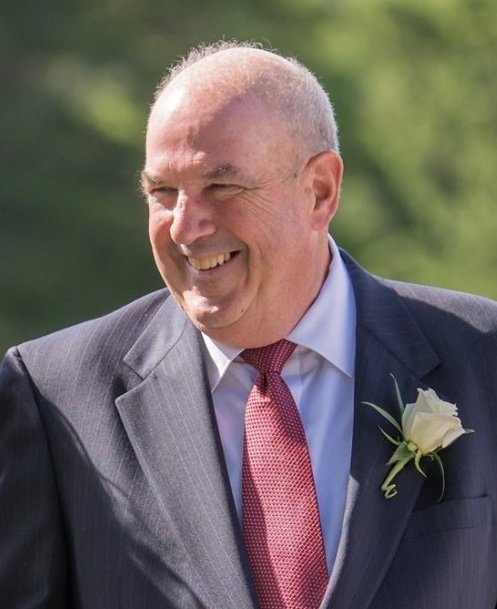 10:00 am - 12:00 pm
Norman Dean Home for Services
16 Righter Avenue
Denville, New Jersey, United States
(973) 627-1880
We ask that you keep Donald and his family in your prayers. Due to the current health crisis, immediate family members only are permitted to be in attendance. Thank you. A private Mass will be held by Fr David Wednesday morning.

12:30 pm
Gate of Heaven Cemetery
225 Ridgedale Avenue
East Hanover, New Jersey, United States
(973) 887-0286
We kindly ask that you keep the Walker’s in your prayers as immediate family members only are permitted at the cemetery.

Donald Walker passed away at home on his 63rd birthday following a courageous battle with cancer.  Donald shared 63 years of love and faith with everyone he met.  In lieu of flowers we encourage donations be made to the good work of the Karen Ann Quinlan Hospice, 99 Sparta Avenue, Newton, NJ 07860.

Donald was born to the late Allers & Eileen and was one of three sons to bless the Walker family.  After HS he attended Pace University, then Rutgers earning his BS in Business. He became a successful sales rep for various copying companiesand then started his own business as a recruiter. While working Donald attended Montclair State University earning his Masters in Accounting.

Donald met Elaine Gammo and the rest was history.  They fell in love and married in August of 1985.  They settled in Lake Hopatcong where they raised their son, Steven.  He worked hard to give his family a beautiful life.  He was the salt of the earth and a dear friend to many.  He was faithful and was a devoted parishioner at Our Lady of the Lake Parish in Sparta, and a Cornerstone brother.

Donald was an avid fisherman, always enjoying his time near and on the water.  He was a fresh water guy and shared his love of the outdoors with many.    He loved cooking and smoking meats for hours and sharing his meals with his family and friends.  Don was a veracious reader of philosophy and a connoisseur of politics.  He was a music lover and a jazz enthusiast.  Don, Elaine, and Steven traveled extensively throughout the United States to various national parks, and loved every adventure he planned for his family.

Donald was grateful for all of God's gifts.  He served as a Lector and an Usher at Our Lady of The Lake.  He donated his time wherever he could and also served as a Knight with the KOC Marquette Council No. 588.

Above all, Donald loved his family.  He adored his wife Elaine and was very proud of his son Steven. He was a dedicated father and the Patriarch of the Walker family.  Recently, Don was blessed with a daughter in law and enjoyed the celebration of Steven and Lisa's wedding. He was the family story teller and relished in all family time.  Although we are saddened by his passing, we take comfort in knowing he is at peace and watching over his family with love and pride.

As we navigate the times, we find ourselves in new waters.  Due to the current health crisis, only our immediate family is permitted at the funeral home and the cemetery.  Fr. David, Don's friend and pastor will be saying a private Mass for the repose of his soul while we say our final good byes this week.  Our hope is that in the very near future, we can have a celebration and memorial Mass with all of our family and friends in attendance. Thank you for your continued love and support.

Share Your Memory of
Donald
Upload Your Memory View All Memories
Be the first to upload a memory!