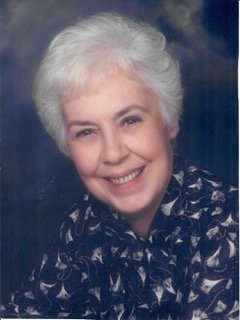 Evangeline Marie Fernandez (née Scully) passed away peacefully on January 15 surrounded by family and close friends. Van was born on March 29, 1925, in Jamaica, NY, to James and Evangeline Scully, the third of seven children. In her 94 years, Van was a devoted daughter, sister, aunt, mother, grandmother and friend. Van was an inspired and inspiring teacher to thousands of students, kindergarten to adult over four decades and on five continents. A graduate of the College of New Rochelle and Columbia Teachers’ College, she began her career in the Bronx in 1950. One Sunday, she read a job ad in the New York Times classified section by Standard Oil of New Jersey seeking teachers for the children of oil engineers stationed overseas. She applied immediately. Three weeks later, she headed to Puerto Ordaz, Venezuela, where she taught K-6 in a tiny schoolhouse for two years. Subsequent posts included Talara, Peru; Abadan, Iran; Kuala Lumpur, Indonesia; and Madrid, Spain. She returned to the U.S. in 1964 and taught for 18 years at the Fox Lane Middle School in Bedford, NY. At age 64, she joined the Peace Corps and taught teachers-in-training for two years in Bamenda, Cameroon. Throughout her career, Van was a boldly innovative teacher. She pioneered the ground-breaking, inquiry-based “Man: A Course of Study” curriculum in the 1970s. Middle schoolers engaged in hands-on study of the entire history of living things, such as fish, birds, and mammals. In their culminating case study of the Netsilik Inuit people, students built life-size shelters and kayaks. The course was criticized because of its emphasis upon questioning aspects of Western paradigms of belief and morality. For Van, exposing young people to diverse cultures and peoples was her greatest responsibility as a teacher and helped them to develop into empathic, questioning and peace-loving citizens. Van lived her deep Catholic faith by always seeking opportunities to serve others. At 61, she donated a kidney to her brother Tom. In her 70s, she taught Confirmation classes at Our Lady of the Mountain in Long Valley, NJ. In her 80s, she led bible study for the residents of the Saint Francis Residence in Denville, NJ, where she lived for the past 14 years. Van is predeceased by her sisters Mary and Rebecca and brothers Robert, Vincent and Thomas. She is survived by her brother James, her daughter Mary Fernandez and son-in-law Adam Buchsbaum, granddaughters Elena and Shira, her caregiver and sister-in-Christ Mary Helen Tarry, and dozens of adored nieces, nephews, and great nieces and nephews. A funeral mass will be celebrated at the chapel of the St. Francis Residence, 122 Diamond Spring Rd., Denville, NJ on Friday, January 24 at 11:00am. A reception will immediately follow mass. The Buchsbaum family will sit shiva and welcome visitors on Sunday January 26 6:00pm-8:00pm at 19 Grove Street, Madison, NJ. Minyan will be held at 7:00pm. Donations in Van’s memory can be made to: Success Academy https://www.successacademies.org/giving/ or The John Hay Library of Brown University https://bbis.advancement.brown.edu/BBPhenix/giving/library

Share Your Memory of
Evangeline
Upload Your Memory View All Memories
Be the first to upload a memory!