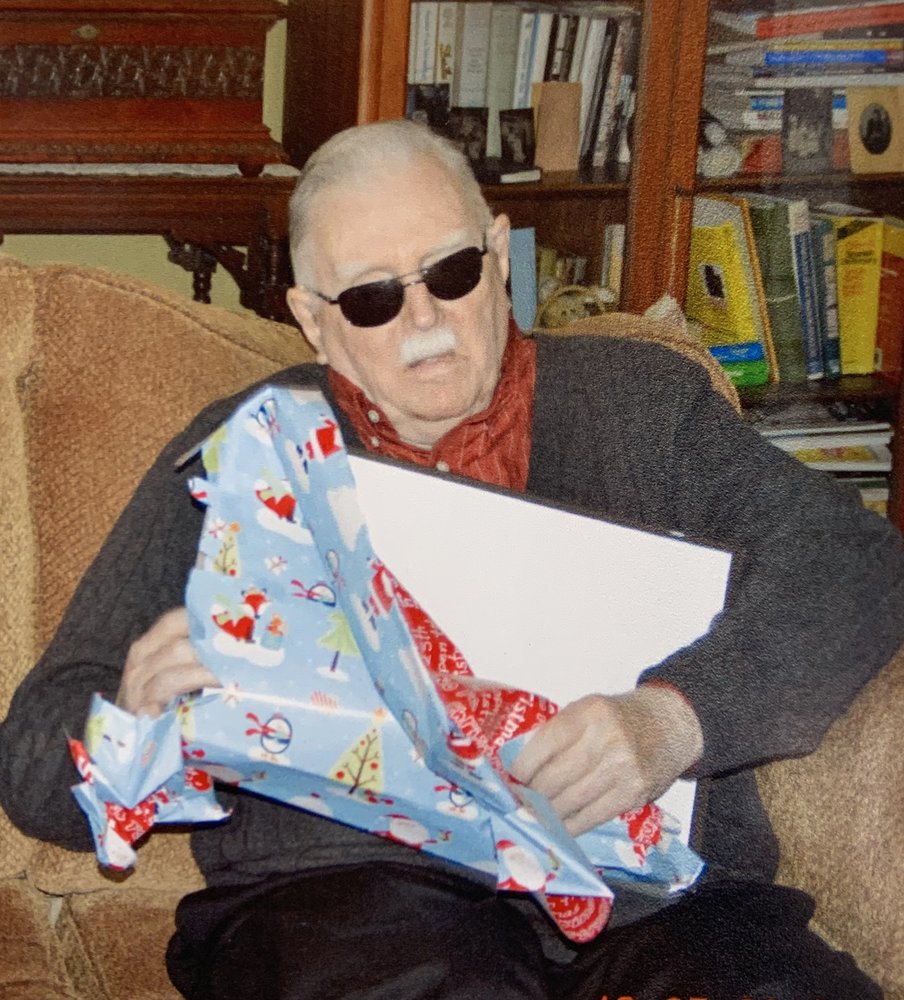 Richard James Helwig, Sr. passed peacefully on New Years Day, January 1, 2020 surrounded by his loving children and three of his five grandchildren. Private arrangements were held under the direction of the Norman Dean Home for Services. In lieu of flowers, those who wish may make donations in his memory to the great work of St. Jude Children’s' Research Hospital. Richard was born on Christmas Day, 1926 in Queens, NY to the late Herman and Helen Helwig. After his schooling, he signed up with the Merchant Marines during WWII. Upon his honorable discharge he met Marie Funk in the neighborhood of Indian Lake. They married and started their life together. He worked for General Box Co for many years and was able to give his family a good life and a loving home. Rich loved dogs and horses and was a devout NY Mets fan. Later in life he became blind and was introduced to a blind community located in mostly North America. He had many friends through that wonderful network. Above all he was a Dad, Grandpa and Great Grandpa. He leaves his children Janet Treier (Glenn), Richard Jr. (Carol) and Linda Helwig; his grandchildren Lori Jensen and her husband Randy, David Treier and his wife Amanda, Daniel Treier, Todd Helwig and his wife Katherine and Kelsey Helwig; his great granddaughters Sage and Ella Jensen. His beloved wife Marie and his brother Harry passed previously.