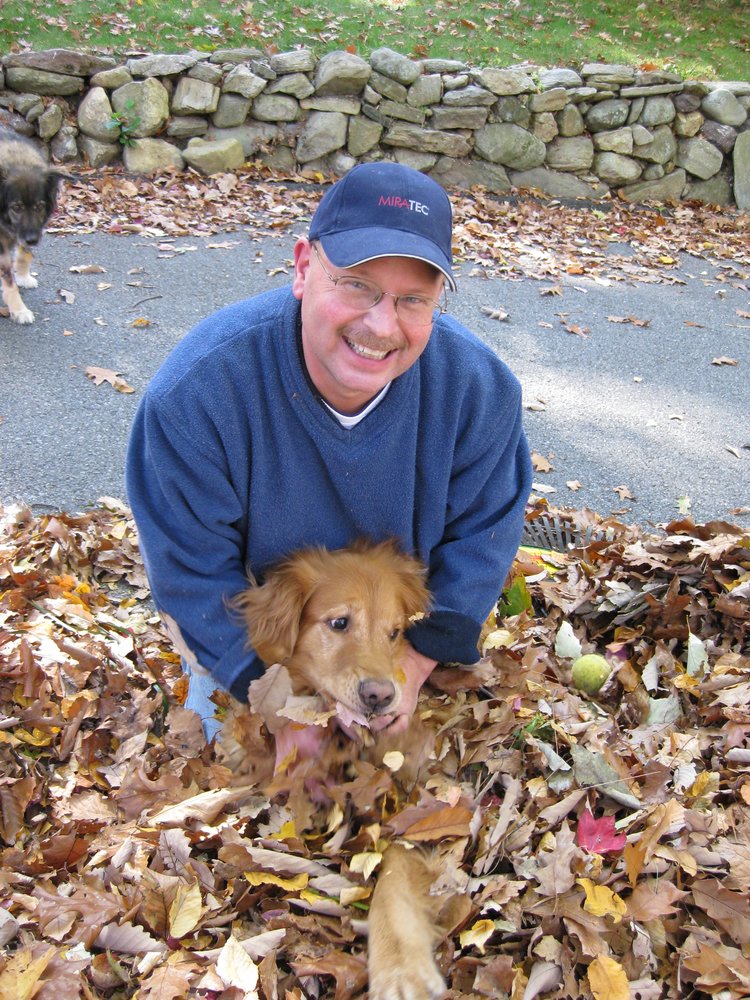 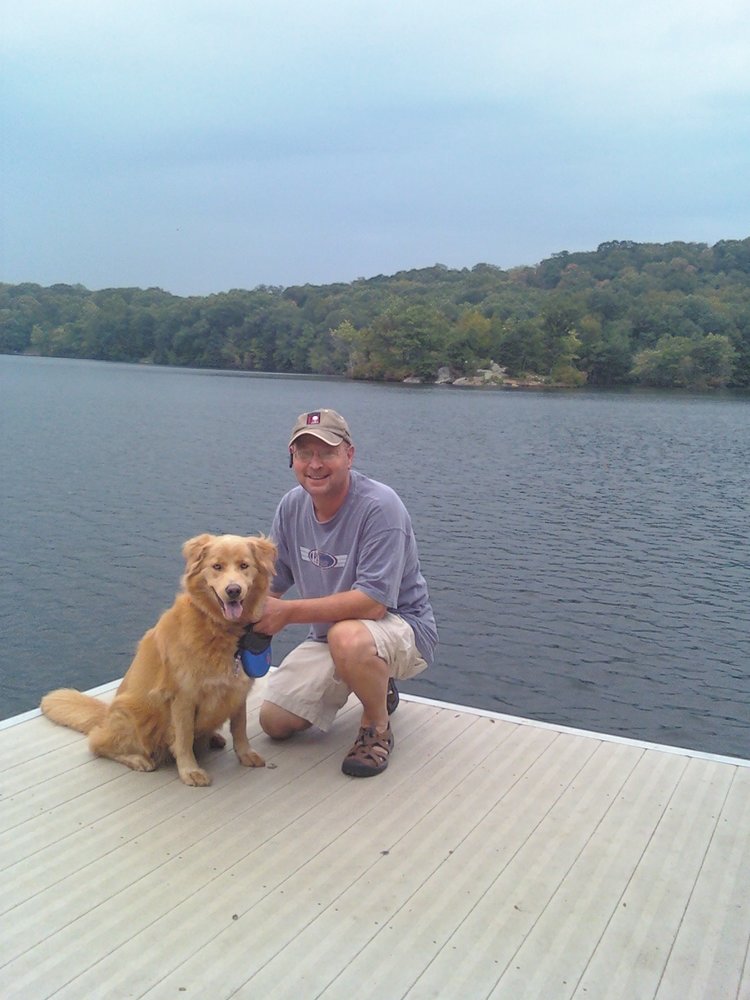 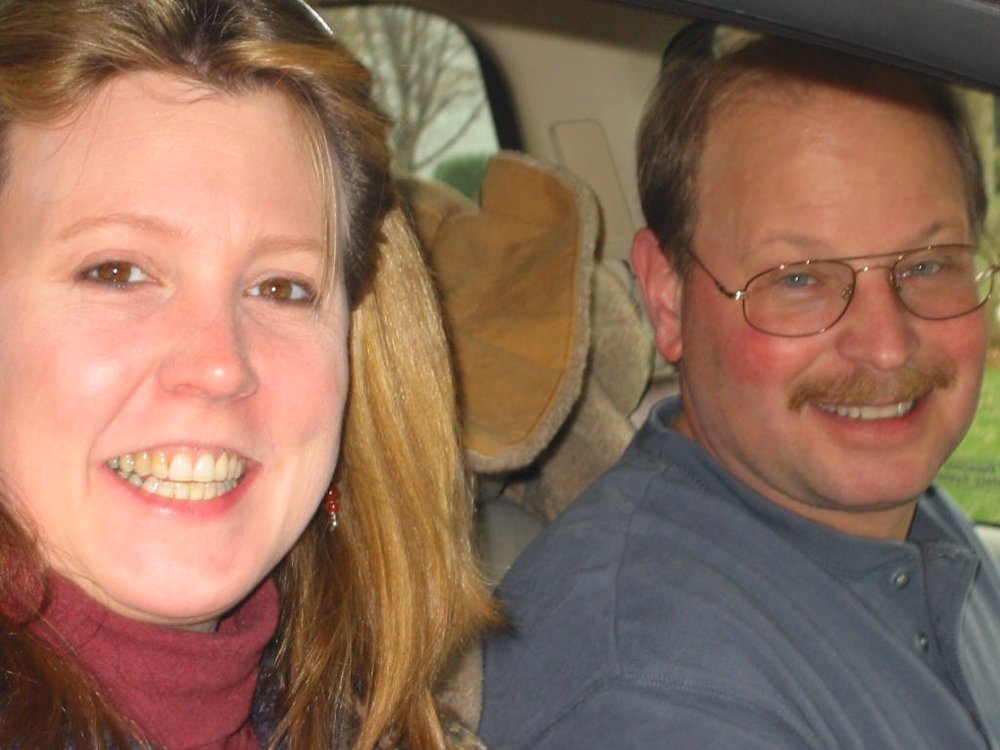 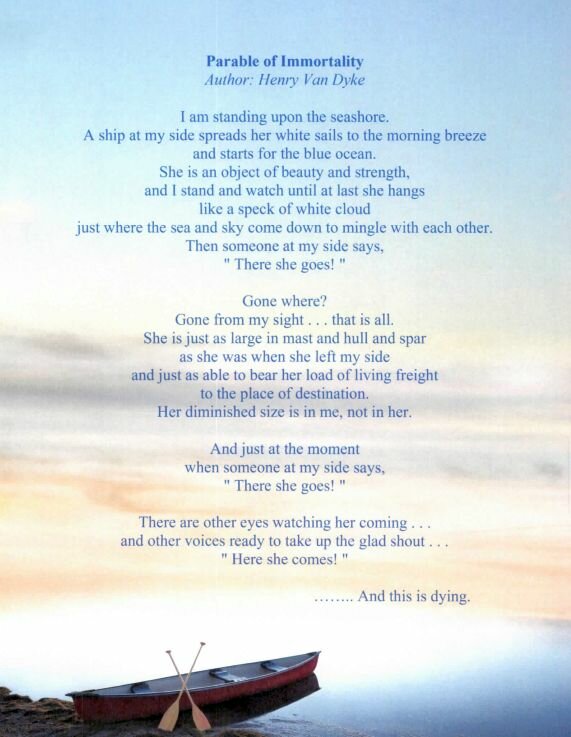 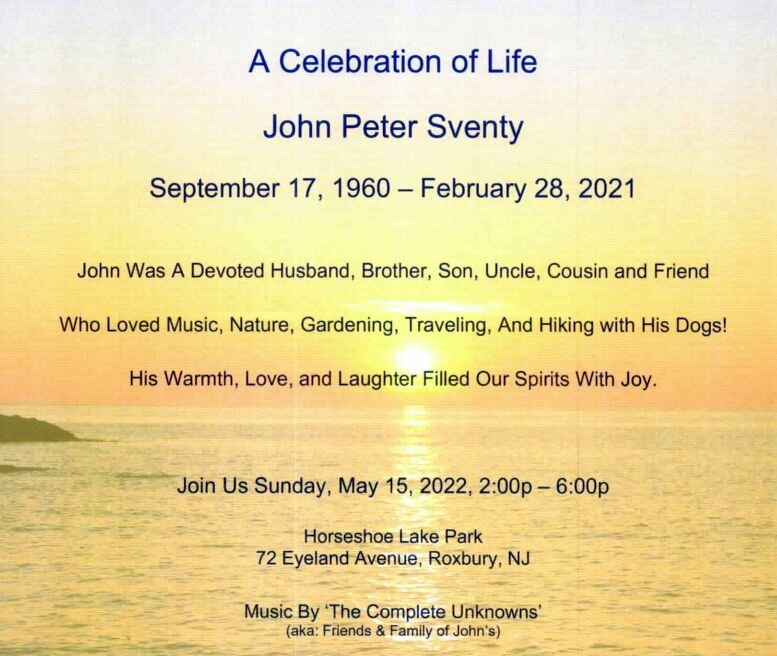 Please share a memory of John to include in a keepsake book for family and friends.
View Tribute Book

John Peter Sventy passed away peacefully on Sunday, February 28, 2021 with his loving family by his side at Chilton Hospital in Pequannock after a courageous battle with Alzheimer’s. He had shared 60 years of unconditional love, infectious laughter, and amazing memories with family and friends.

Born in Passaic to the late Andrew and Margaret Sventy, he was one of three children to bless their household. After being raised in Parsippany for the first 6 years of his life, John and his family relocated to their home in Denville. While in Denville, John and his brothers made many lifelong friends and memories, when there was still farmland on Pocono Road. He graduated from Morris Knolls High School Class of 1978. Upon graduation, he attended Virginia Intermont College in Bristol, VA. College is where he met his soulmate and best friend, Carol Morgan (Blair) and received his Bachelor's Degree in Photography. On October 28, 1984 they were married and they settled into the Fayson Lake community of Kinnelon, where they have remained ever since. He had a successful career at 84 Lumber in Rockaway as a Contractors Service Representative for 23 years before working at Blue Ridge Lumber in Kenvil for 1 year.

John took great pride in his gardening, which was evident when looking at his front yard, which over the years became more plants and flowers than grass; he had a green thumb like no other. He also had many other hobbies and interests including fly fishing, golfing, hiking, especially with his many faithful pups, collecting antiques, visiting craft & music festivals and real flea markets. He had an eclectic taste in music, and could always be found listening to his music, humming a tune and dancing. Above anything else, his family was his first priority in his life. He was a loving husband, caring brother, doting uncle, and dedicated friend. Although he was taken too soon, we take comfort in knowing he is now reunited with his parents, Andrew and Margaret.

Celebration of Life will be held on May 15, 2022 at Horseshoe Lake in Roxbury from 2 - 6 pm. Donations are being accepted in John's memory by way of www.inmemof.org to the Alzheimer's Association Greater New Jersey Chapter. Please leave a condolence, light a candle and share your favorite memory of John here to continue to celebrate the amazing life he endowed to us.