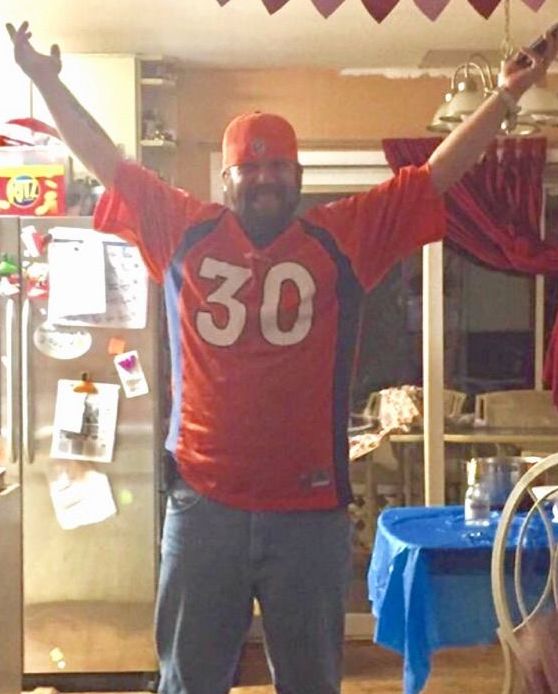 Chris Chmura, 41, died after a valiant battle with cancer. As he pointed out, he lived for 40 years without the cancer and the cancer never lived without him. When he died, the cancer died, so in the end he won his battle. He fought hard for every day he was able to spend with his beloved bride of 11 years, CeAnna, and his children whom he adored so much, Anthony, Brayden, and Candace.

In marrying his soulmate, he became an immediate dad, and took on the role wholeheartedly. He loved being a part of the Hackettstown Tiger Marching Band pit crew for 2 years and looked forward to continuing to help out even after Anthony had graduated.

He adored spending time playing video games with Brayden and watching him grow through sports. They spent many Saturday mornings at Home Depot and Lowe’s building things together, and playing catch in the yard.

Finally, the sun rose and set on his baby girl Candace. He was wrapped around her finger from the minute she was born and spent many hours playing “Pretty, Pretty, Princess” with her, as well as relishing in her many athletic achievements.

He is proud to have shared his love of ice skating and fishing with all three of them.

Chris never met a stranger. To the continued amazement of his wife, he made friends everywhere he went. Whether at the kid’s sporting events, at chemotherapy, or at the grocery store, he was a friend to all and would talk long into the night. He was only able to fight as long and as hard as he did, due to the support of his friends and loved ones. They carried him through the last months of his life and he knows they will carry his wife and his children through their lives.

He was a proud member of Pipefitters Local 274. He worked for F&G Mechanical Corporation for 12 years and proudly served as their shop steward. Prior to that he worked at Towne Hyundai and Saturn of Morristown. He had an amazing mechanical mind, and his ability to troubleshoot problems through the sound they made was unmatched.

He is survived by the love of his life, CeAnna, their children Anthony (Onipenco), Brayden and Candace, his parents Lois and Ed Chmura of Roxbury, and his siblings Heather and Craig Chmura of Roxbury. He will be terribly missed by his in-laws, and his many aunts, uncles and cousins whom he adored. His group of friends will forever have an AB sized hole in it, that no one will ever be able to fill, and he will always be remembered at the Friendsgiving table.

If you are reading this, he wants you to drive carefully, and get home safe.

In lieu of flowers, donations may be made to the following:

Operationblingfoundation.org, fuckcancer.org, American Lung Association or a gofundme has been set up to help the family.

All services will be private. Please leave a condolence, light a candle, and share your favorite memory of Chris with his family for them to treasure.