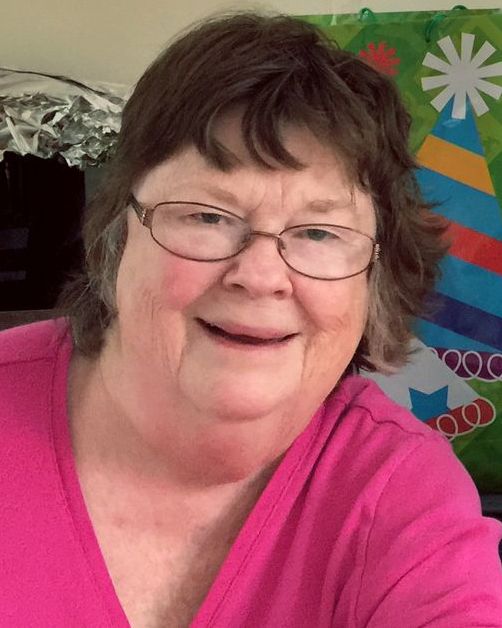 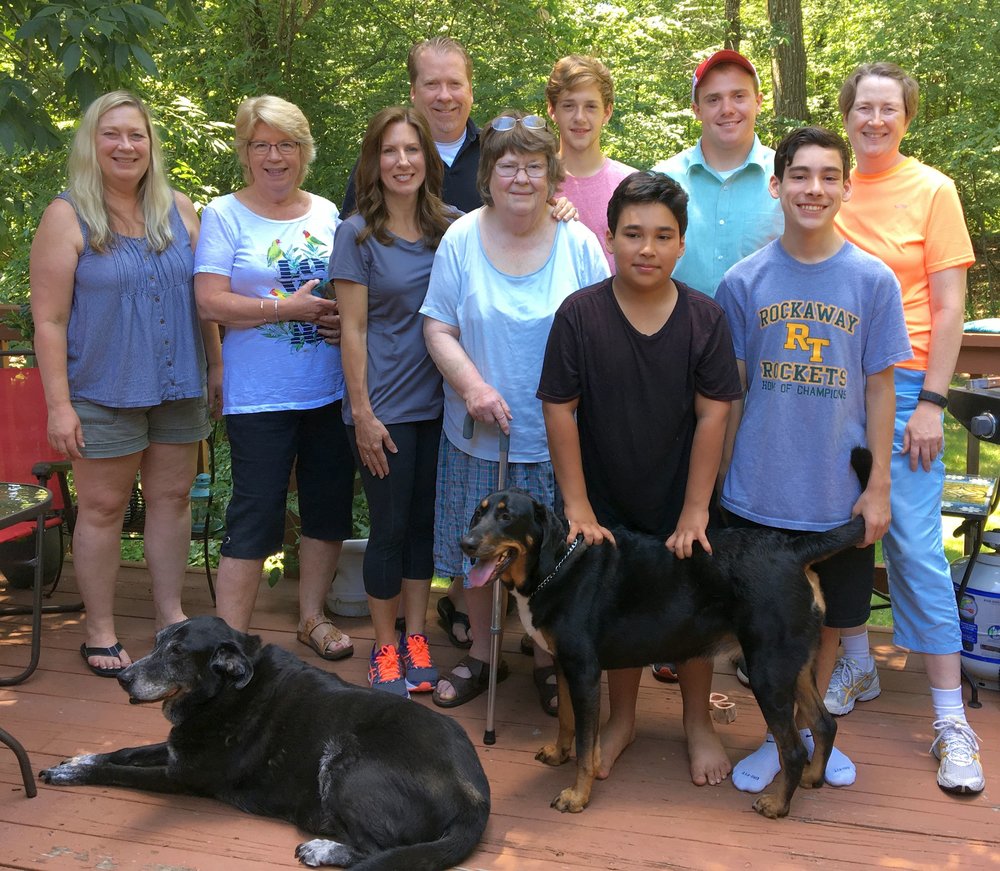 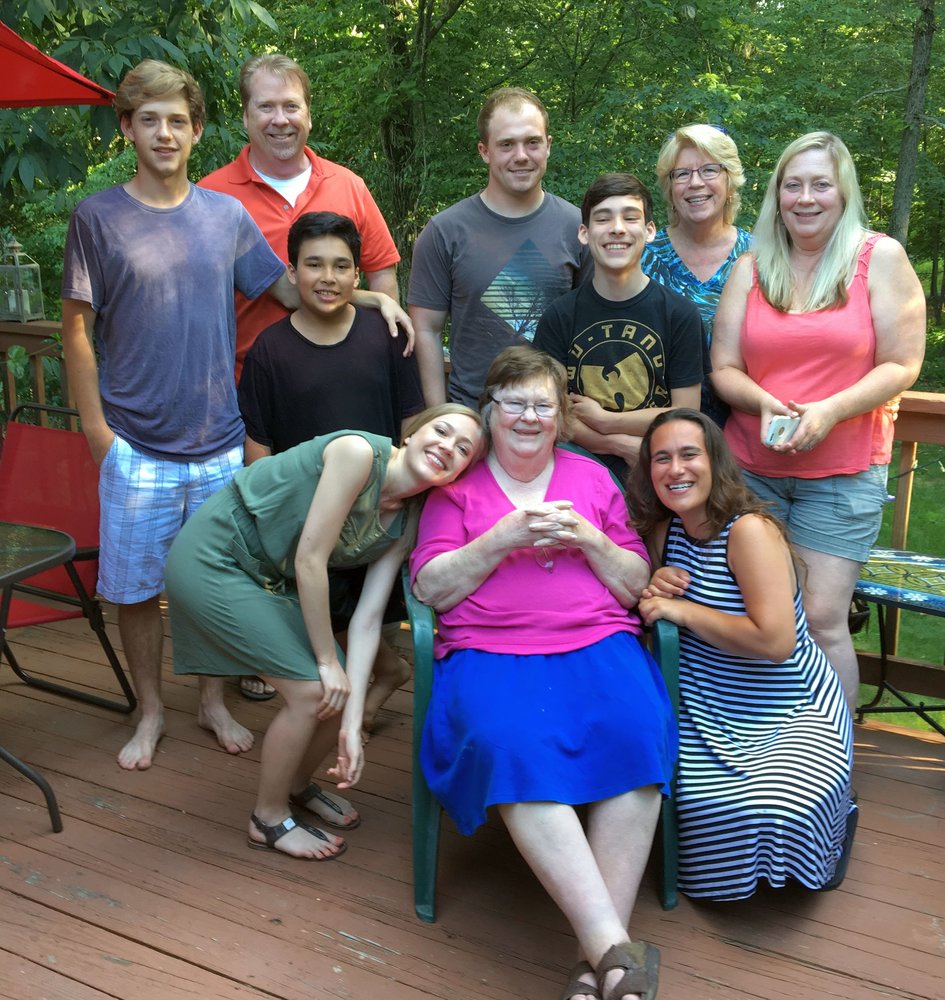 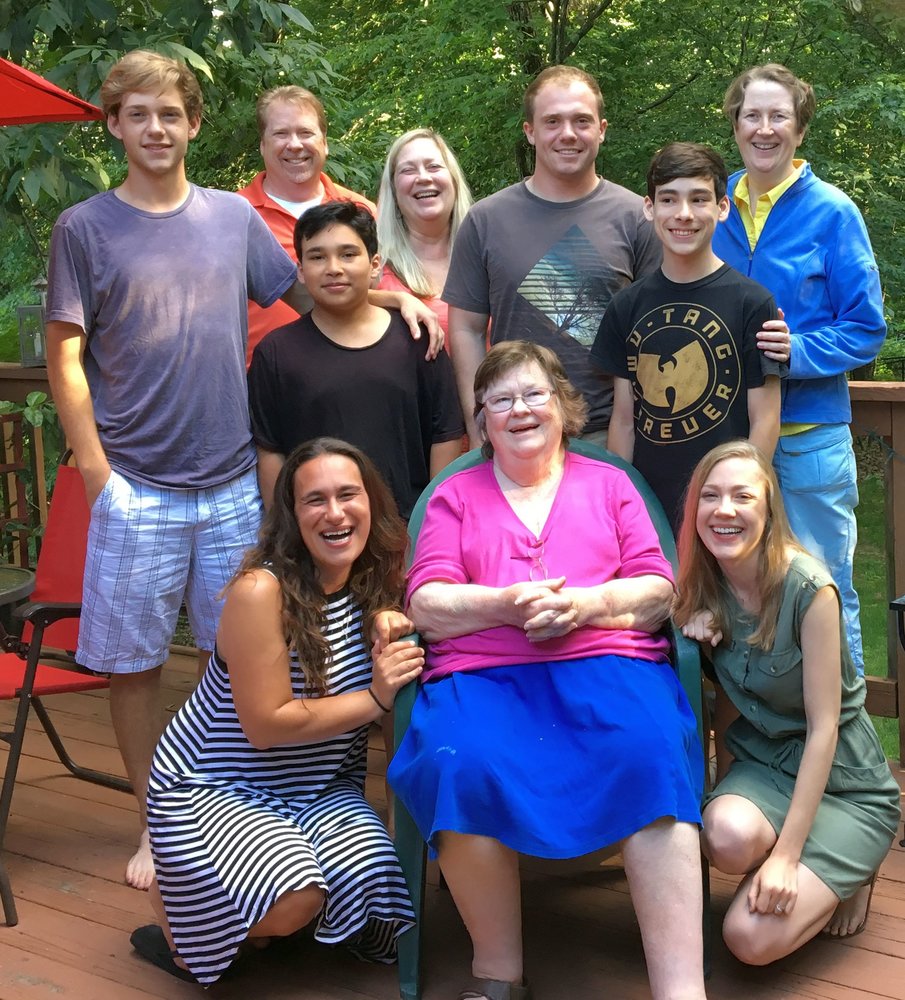 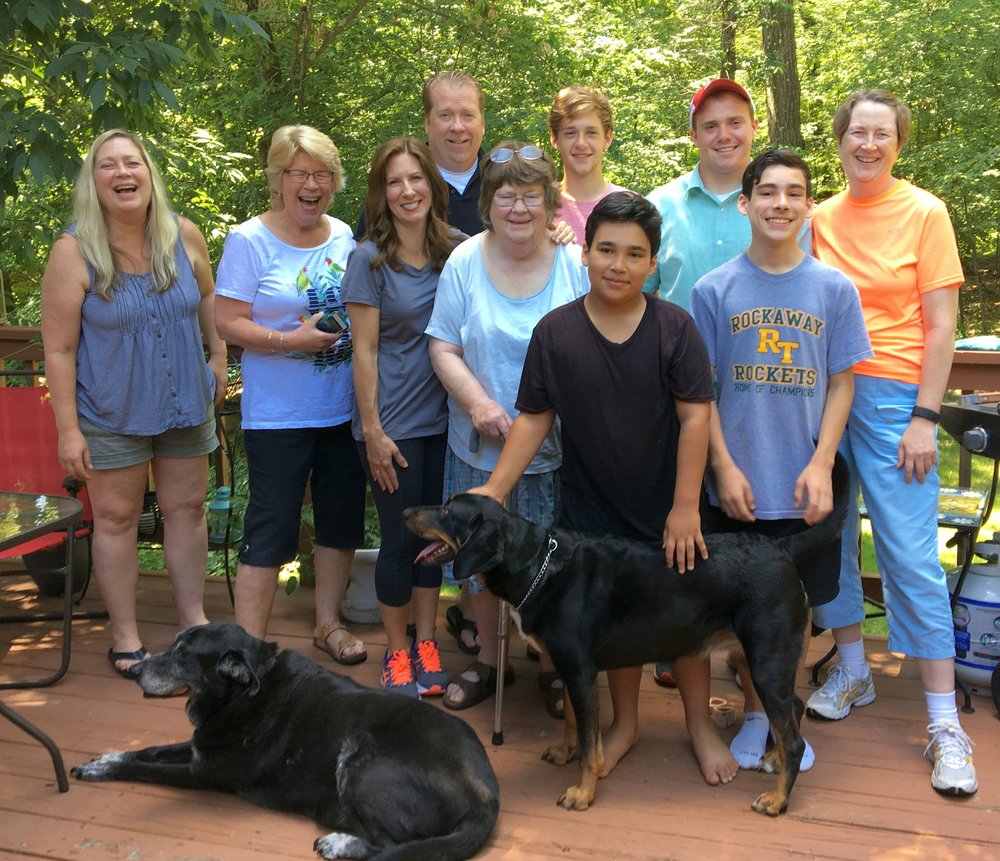 Martha was born in Frankfort, Indiana on June 28, 1936, the daughter of Archie Hambrick and Mattie Chloe Wolfington.  As the daughter of a golf pro and then, later, as a military wife, Martha moved 37 times over the span of her life.  Her childhood was spent moving back and forth between Indiana and Illinois.  She went to grade school in Decatur and high school in Springfield.  In 1958, she graduated with a B.A. from the University of Illinois at Urbana, where she met Clarke.  They were married in 1960 and had four children:  Martin, Suzanne, Kathryn, and Charles.

As an adult, she lived in eight states:  Illinois (twice), California, Alabama, Texas, Maryland (twice), Missouri, Michigan, and New Jersey.  She and the kids endured Clarke serving two tours of duty overseas, one in 1967 in Vietnam, and the other in 1976 in South Korea.  She always felt that she was part of the Army just as much as her husband was, and that as a military wife and mother, she was serving her country.

When Clarke retired from the Army, they settled in New Jersey, first in Mountain Lakes, and then later in Denville.  A life-long member in the Methodist Church, Martha would often donate time and energy for various causes.  Most recently in Denville, she would cook meals for the local soup kitchen, knit caps and mittens for kids and veterans, and host the adult choir during holiday services.

Over the course of her life, she was unstoppable with a sewing machine, and made most of her kids’ clothes when they were young.  She could knit and crochet, and did beautiful needlework.  She later launched her own small business making clothes for American Girl Dolls and other handicraft items.  A highlight for her was going to Washington, D.C. with Clarke to hang ornaments she had made on the Christmas tree at the White House.

She suffered two major losses in her life.  Clarke passed away on May 22, 2002 at the age of 65.  Fifteen years later, her daughter, Suzy, passed away on February 3, 2017 at the age of 54.  Both losses were unexpected, and were extremely difficult for the entire family.  Martha remained a steady presence for everyone during those times.

She always had a wonderful sense of humor.  She was also a news hound and practically lived on CNN.  To the chagrin of her children, she was an expert on world geography and could answer questions about cities and countries all over the globe.  People knew better than to watch Jeopardy with her, and, if they ended up having to anyway, they accepted their fate early on.  She was also a high-flying scrabble player, and pretty darn good at bridge and pinochle.  But perhaps the most important thing to say about Martha is that she was a college basketball fanatic.  If you called her during March Madness, you knew to keep it short.

Martha is survived by her two sisters, Sally and Kay; three of her children:  Martin, Kathryn, and Charles, and his wife, Suzanne; her two grand-daughters, Victoria and Caitlin, and her husband, Frank; her three grandsons, Garrett, Clayton, and Collin; and her two great-grandsons, Alexander and Joshua; as well as her brothers- and sisters-in-law:  Pat, Bill, Betty, Bill, Jim, Janet, Dorothy, Ricky, and Debbie, and many beloved nieces and nephews.  She was deeply-loved by everyone, and will be greatly missed by all.  Martha had so many gifts, which she shared with everyone:  humor, smarts, love of sports and news, generosity, and charity; these, and her wonderful, endless creativity will live on in her family, and be cherished by all.

Visitn hours  will be held for her on Saturday, February 16th between 2 to 5 p.m. with a a service at 4:30 pm at Norman Dean Funeral Home, 16 Righter Avenue, Denville, NJ 07834.  She will be interred at Arlington National  Cemetery with her husband, Lt. Col. Clarke Leo Neal, date to be determined.  In lieu of flowers, the family invites memorial gifts to be designated to the Denville United Methodist Church or any Veterans organization.