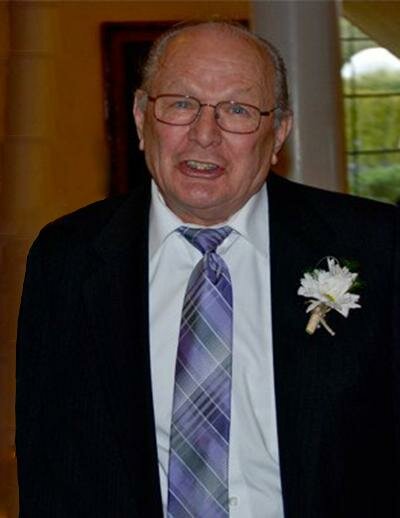 Please share a memory of Harry to include in a keepsake book for family and friends.
View Tribute Book

Harry Ladisheff, born in his grandmother’s home in Clifton, NJ on September 19, 1934, passed away peacefully January 2, 2023, in his Rockaway, NJ home after a valiant standoff with kidney disease. He was surrounded by his six children, and loving wife of 47 years.

Harry was one of five children born to Nickifor and Mary Ladisheff. As a pastor’s son, Harry had many fond childhood memories being raised in Passaic, NJ alongside his siblings, Lillian, Wally, Esther, and Daniel. He attended high school in the Passaic school system and enlisted in the army at age 17. He attended boot camp at Fort Dix, and his bravery quickly put him on the trajectory of Airborne Operations. Harry “got his wings” and he would later rivet his family with stories of jumping from planes while in the service. He proudly served his country in the Korean War in the 35 th Infantry Regiment, earning decorations for heroic achievement.

After the service, Harry worked a variety of occupations, and was known as a “jack of all trades”. But he soon settled into a lengthy career with the railroad and retired from Amtrak in 1997. Despite his career, his finest and most important job was being a family man. He met and married the love of his life, Marianne, in 1975 and used his GI Bill to purchase their family home in Denville, NJ, where they proudly raised six children. Many happy memories were made on Woodstone Road, and he is remembered by his children as a wonderful, and truly selfless father and grandfather.

Harry filled his time with ballgames, Florida sunshine, endless jigsaw puzzles, devouring novels, and spending time with his family. Watching Jeopardy was a daily shared pleasure with Marianne. He was also staunch in his faith, and his family is confident that he is now Home with the Lord.

Though his passing brings us sadness, we take comfort in knowing his memory will live on. He was a devoted husband to Marianne. He was a loving father to Harry Lee Ladisheff (Julie Hope) of North Plainfield NJ, Lisa Gorgas (Fred) of Succasunna NJ, Donna Roach (Jim) of Mesa AZ, Terry Ladisheff (Nick Sterry) of Carlisle MA, Kevin Ladisheff of Tempe AZ, and Laura Stuss (Gordon) of Mountain Lakes NJ. He was immensely proud of his 19 grandchildren and 6 great- grandchildren. He also leaves behind his sisters, Lillian Truglia and Esther Morra. He is predeceased by his brothers, Walter and Daniel Ladisheff and granddaughter Jennifer Gorgas.

Harry’s warm heart, mischievous wit, and selfless love will be missed by all of us. Funeral services will be private, but the family welcomes all thoughts, love, and prayers during this difficult time.