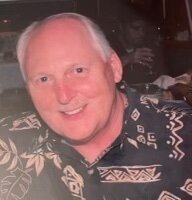 Wayne D. Wilson passed away peacefully on Wednesday, May 25, 2022. He shared 79 years of loyalty and compassion with family and friends.

He was born in 1943 and was the only child of Ernest and Mary (nee Wach) Wilson. Wayne grew up in both Rockaway Boro and Rockaway Township. He loved both towns, maintaining lifelong friendships with people he met along the way.

After his education was completed, he was drafted into the US Army and proudly served his country. Upon his honorable discharge, he entered the National Guard, devoting 6 more years of service. He was an extremely proud Veteran.

Wayne was employed in the home heating business for many years. After retiring from Region Oil in 2014, he enjoyed another full time career as an independent Trader in Securities.

He was blessed to have four daughters from his first marriage and was always so proud of his girls. He spoke of them often and about all that was going on in their lives. He was a great cook and nothing made him happier than cooking meals for family gatherings.

On November 8, 1988, Wayne took Claire McEntyre on their first date, and the rest was history. They have enjoyed their lives together for the past 35 years. They were fortunate to enjoy many cruises and many trips to Hawaii together. They shared a love of animals, and Wayne’s compassionate heart kept him busy with rescues, sharing posts of pets that needed a loving home.  They rescued beagles Mandy, Cassie, and Sadie. Wayne was also very involved with Baby Jack’s Cat Rescue.  He was especially fond of his daughter’s foster cat, Vinny Vision, always commenting “Vincent!” on every picture of the cat posted.

He was a loyal fan of the NY Giants, no matter how they performed…or didn’t. He had a great sense of humor with an easygoing personality. He was lovingly referred to as “elevator joke boy” when they cruised. He took great pride in taking care of his home and lawn, spending many hours making everything perfect.

Wayne always had a love for old cars, especially his ‘62 Impala. He spent many days cruising with Elvis on the radio.

He leaves joyful memories to his partner, Claire McEntyre; his daughters Denise Sorenson (Scott), Deirdre Keefe (Jason), Desiree Wilson (Peter), and Patra Barefield (Joe); his grandchildren Evan Hannon, Samantha Malloy (Tommy), Austin Hannon (Sara Davatelis), Tyler Sorenson, Jasmine Sorenson, Dylan Bowman, Brijony Sorenson, Collin Barefield, Kyla Fogler, Riley Keefe, and Caley Barefield; his great grandchildren Mackenzie Malloy, Devendra Green, and baby Malloy on the way; his loyal pup Sadie; and many dear friends and neighbors. He was predeceased by his granddaughter Amber Sorenson. Although we are saddened by his passing, we remain grateful for having had him in our lives.

Visiting hours will be on Wednesday, June 1st from 4-7 pm at the Norman Dean Home for Services in Denville, NJ. A Funeral Service with military honors will be held on Thursday, June 2nd at 10 am at the funeral home. Interment will follow at the Berkshire Valley Presbyterian Cemetery.

Donations in Wayne’s memory may be made to the good works of the Beagle Freedom Project, Sheryl’s Den Animal Rescue, or a charity of your choice.